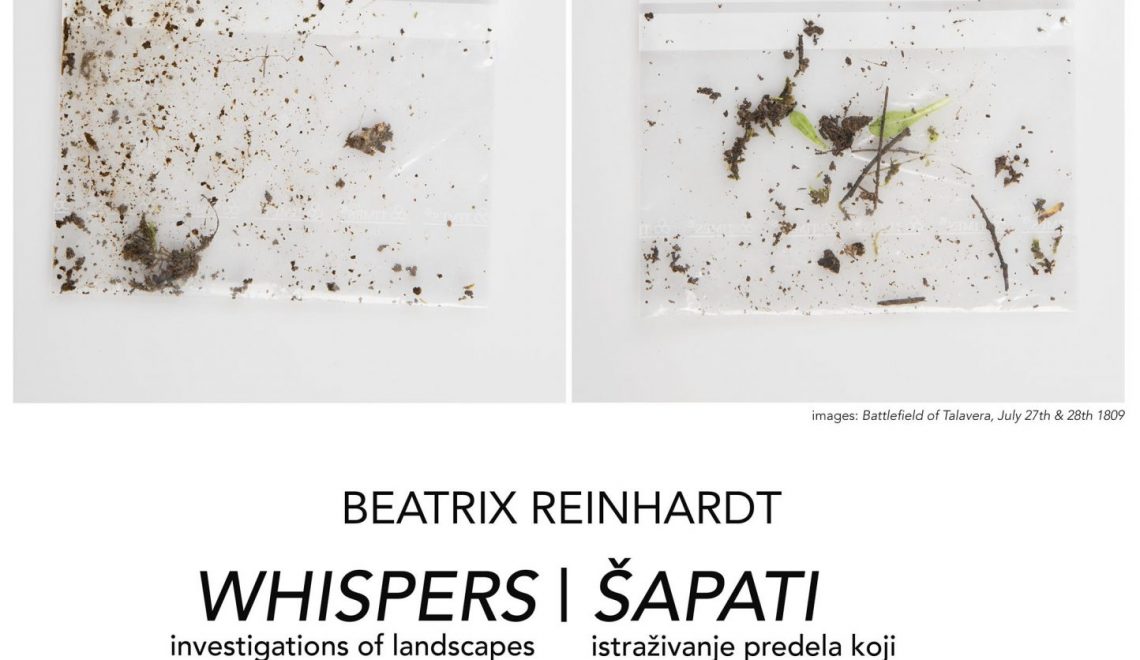 Exhibition “Whispers-investigations of landscapes that endured trauma” by German-born artist Beatrix Reinhardt will take place from the 21st until the 27th of June at the Magacin in Kraljevica Marka St.

Beatrix Reinhardt grew up in Jena, Germany. After the completion of her undergraduate studies in New German Literature at the Freie Universität Berlin she planned to study at the New School for Social Research in New York for one year. The one year became two and Reinhardt graduated with M.A. in Media Studies. During her studies at the New School she started her studies of photography, which she continued at Illinois State University. Since the completion of a Master of Fine Arts degree, Reinhardt has been living, working and teaching in different parts of the world. She has been invited as artist-in-residence to universities and galleries in Finland, India, South Africa, Australia, China, Vietnam and the US, amongst others. Presently she resides in NYC and is a professor at the City University of New York/CUNY.

Reinhardt’s work has been exhibited in Europe, North America, Africa, Australia and Asia. Awards received include individual artist fellowships and artist’s project grants from the CUNY Research Foundation, John Anson Kitteredge Foundation, Australian National University and other non-for-profit arts organizations and residency programs. She was a winner of the Flash Forward 2007 award given by the Magenta Foundation in Toronto Canada.

Her work was featured in a variety of publications including Die Zeit (Germany), Contact Sheet (USA), Prefix Photo (Canada), Flash Forward 2007 Book (Magenta Foundation), the photoMagazine (Germany) among others. Her work is included in a number of corporate, museum, private and university collections across the United States and abroad including the New York City Public Library, California Museum of Photography, Haggerty Museum of Art, Center of Photography at Woodstock, Light Work collection, Old Parliament House in Canberra/Australia and Rural Documentary Collection in Illinois.

Reinhardt has been curating as well. She was invited by Bruce Silverstein Gallery to be one of the curators for “Silverstein Photography Annual” in 2010, among others. In September 2016 she accepted a one-year appointment as the curator of the Art Gallery of the College of Staten Island, The City University of New York

My artistic investigations and production has been focusing on the politics of space. As of late they expanded from looking primarily at interior spaces to looking at exterior spaces. When working with exterior spaces, I am interested in looking at what I call charged sites, sites endowed with significant histories. However, my images offer little or no discernible evidence of this history, either the past event or any current tensions associated with it, the implications being that significance can only be materialized by human experience. My works explore the relationship between space, memory and history, and increasingly the notion of the trace. Whispers is an attempt to create an imaginary conversation between plants and weeds that are identified as witnesses and as authors.