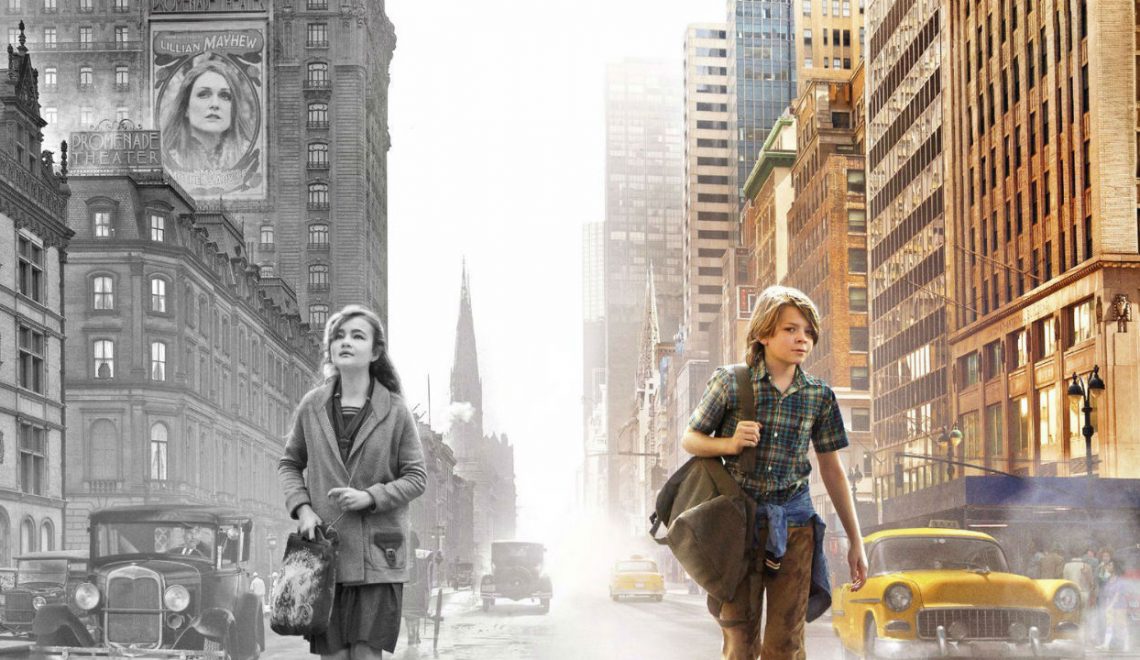 Todd Haynes’ film “Wonderstruck“, which has been adapted by Brian Selznick, an author and illustrator of the book of the same name, will hit Belgrade cinemas from Thursday, December 21.

Wonderstruck is a 2017 American mystery drama film directed by Todd Haynes and based on the 2011 novel Wonderstruck by Brian Selznick, who also adapted the novel into a screenplay. The film stars Oakes Fegley, Julianne Moore, Michelle Williams, and Millicent Simmonds.

The film premiered at the 2017 Cannes Film Festival on May 18, 2017, and competed for the Palme d’Or. It was given a limited release in the United States by Amazon Studios and Roadside Attractions on October 20, 2017.

The film interlaces two stories set fifty years apart, switching frequently between them. Each tells the story of a child’s quest. In 1927, Rose (Simmonds) runs away from her father’s New Jersey home to find her mother/idol, the actress Lillian Mayhew (Moore). In 1977, recently orphaned Ben (Fegley) runs away from his Minnesota home in search of his father.

Todd Haynes directed Wonderstruck based on an adapted screenplay by Brian Selznick, who also wrote the novel of the same name. Haynes was involved as director by May 2015 with Christine Vachon producing under her Killer Films banner. Haynes said his previous films had mostly been period films and that Wonderstruck‘s double-period premise, set in the 1920s and the 1970s, intrigued him. The director also considered the story “a classic mystery” in learning why two stories are being told and how they would connect. He saw it as a family film and as an opportunity to make a film about children that children could also see.

In November 2015, Julianne Moore had been cast in the film, with Pamela Koffler and John Sloss joining as producers. In April 2016, Jaden Michael, Cory Michael Smith, Michelle Williams, Oakes Fegley, and Amy Hargreaves joined the cast of the film. In May 2016, James Urbaniak joined the cast. Among those cast was Millicent Simmonds, a deaf actor from Utah. Haynes said they wanted to cast a deaf actor since deafness was integral to the two stories and the driving theme in the film. He instructed his casting director Laura Rosenthal to seek out deaf children around the country and if they could not find someone, they would cast a hearing child. They sought out deaf communities and received audition tapes from 200 deaf children. Simmonds was cast and on set, she worked with American Sign Language interpreter Lynette Taylor.