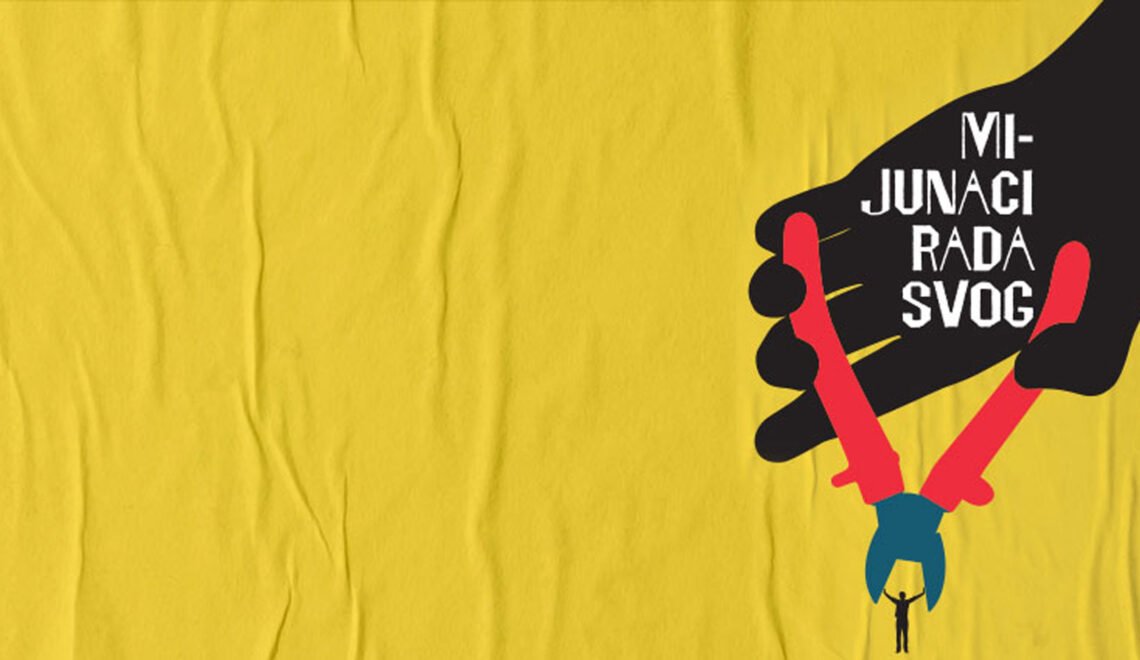 This year’s Bitef will be held in Belgrade from 23rd September till 2nd October under the slogan We – the Heroes of Our Own Labour, which implies the festival’s thematic focus. Bitef will be focused on the issues of labour in the contemporary world, labour laws, and the labour market after the coronavirus pandemic, but also on the question of work in the performing arts. The main programme will present nine performances whose authors are some of the leading international artists like Katie Mitchell, Alexander Zeldin, and Jan Martens.

The audiences have shown the greatest interest in the international festival hit Love, based on Alexander Zeldin’s text and directed by him, coproduced by his company from London and Odéon-Théâtre de l’Europe from Paris. It has already achieved enormous success, had a European tour, and a movie made by the BBC under the same name. The plot revolves around the destinies of an alcoholic and his old mother, a young family expecting a baby, and a Sudanese immigrant, all of whom, ended up in a homeless shelter. Foreigners forced to share living space try to find a common language in a situation without intimacy. The performance has mainly received positive reviews.  The critic for the London Times has written “…It teems with life at a micro level as it shows people exactly like you and me trying to cope with not enough resources, not enough space, not enough time. What could be more dramatic than that?”

Another two performances that have attracted an audience are two Serbian performances, with only some of the tickets left. Those are the productions A World Without Women by Maja Pelević and Olga Dimitrijević, coproduced by Bitef and Centre for Cultural Decontamination, and Dr Ausländer (Made for Germany) by Bojan Đorđev, also coproduced by Bitef, this time with Yugoslav Drama Theatre. Both projects are the result of Bitef’s attempts to support independent productions in local theatres and are focused on the central festival topic – the position of workers and labour rights. Dimitrijević and Pelević are focused on the presence and position of women in contemporary theatre, relying on documentary material. Đorđev, meanwhile, also uses documentary material in his attempt to explore the mass emigration of Serbian doctors and other medical workers to Germany for better work and life conditions.

The festival is traditionally supported by the Secretariat for Culture of the City of Belgrade and the Ministry of Culture and Information of the Republic of Serbia, as well as the Delegation of EU to Serbia, the Goethe Institute, the British Council, the French Institute in Belgrade, and the Embassy of Slovenia. Bitef’s partner and friends are I&F Grupa and within it McCann Beograd, the creative agency of the festival. The partners of the festival are Pošta Srbije and Generali Osiguranje Srbija, as well as a yearlong friend of the festival, Coca-Cola Hellenic Srbija. Alma Quattro, general hospital BelMedic, Halo Creative Team, Docker Brewery&Beer Garden and Domaće Kiflice.