A world famous jazz star, pianist and producer Robert Glasper will visit the Serbian capital as a part of his tour during which he will perform for the first time with the trio and DJ Sundance.  After the Incognito and Bernhoft concerts, Robert Glasper trio arrives in Belgrade on November 22 and 23 at Musicology Barcaffè Sessions, in Bitefartcafe club. The tickets are sold via the Eventim and Ddtickets networks. Soon after that, already on November 24, this band will perform in front of a Slovenian audience in Ljubljana.

After an incredible success and amazing reviews for his two Grammy Awards, Robert Glasper returns to his acoustic jazz roots with the album “Covered” (Robert Glasper Trio recorded live at Capitol Studios). The album again gathers Glasper, bassist Vicente Archer and drummer Damion Reid, with whom Robert recorded the first two albums. Trio will be performing for the first time in Serbia, and will be backed up by the phenomenal DJ Sundance.

“I missed the piano,” says Glasper simply, explaining his return to the acoustic trio. In the last five years, he has completely focused on keyboards, while recording and touring with his Experiment band. This project made him an incredible success: Gremia for both Black Radio albums and high ranking on Billboard Jazz and R & B / Hip-Hop top charts, putting him alongside pop stars such as Drake, Rihanna and Justin Timberlake.

For Belgrade audience Glasper will, among other things, perform tracks from the covered album, recorded in the intimate atmosphere of the historic “Studio A” in Capitol Records and designed to bring Glasper’s new fans closer to his jazz sound. The list includes hip-hop songs and R & B stars such as Kendrick Lamar, Musiq Soulchild, John Legend and Bilal, along with jazz standard “Stella By Starlight”, Radiohead and Joni Mitchell’s melodies, along with exciting co-operation with the legendary singer and activist, Harry Belafonte. The two Glasper originals on the album include the cover of “I do not even care”, which appeared on the album “Black Radio 2” as a bonus track in collaboration with Macy Gray and Jean Grae.

“I did not want to go back to the trio to play a bunch of standards or original jazz compositions, because I would lose so many fans that I won by playing R & B,” explains Glasper. “So I opted for middle ground, and returned to the piano trio, but with the covers of songs of my colleagues from different genres, which is something I have never done before. This album will satisfy appetites of my jazz audience, but also those who love R & B and Hip-Hop. I also appreciate and respect guys who play in my acoustic trio, and with them I feel great music-wise. See you in Belgrade,” says Glasper.

About the festival
Musicology Barcaffè Sessions is a new concept of concert and festival experience, where visitors have the opportunity to enjoy the intimate club performances of great world jazz, blues, funk, r’n’b stars, which usually perform in larger spaces. In this way, this intimate moment, the contact between the performer and the audience, is preserved, which is lost in the big halls and festivals, while the fans of quality sound are offered something that they could not experience in the region so far. The extremely successful first year of the concert series 2016 – 2017, which was marked by sold out concerts, a special, intimate atmosphere, as well as the getting together of audiences and music stars after the concert, made a big echo in both Serbia and the whole region. Such reactions contributed to the expansion of Musicology Barcaffè Sessions to Slovenia. 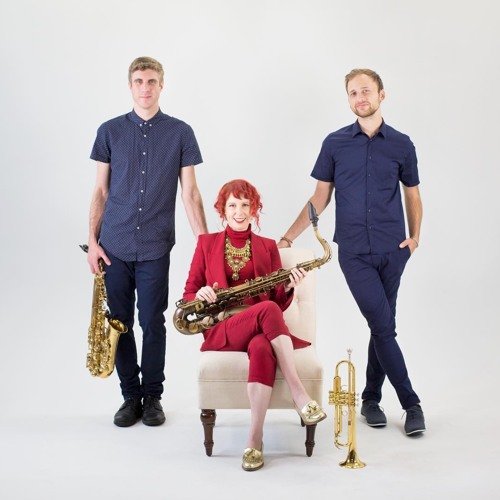 MUSIC GUIDE, WHAT'S ON
Kovacs, Moonchild & The Brand New Heavies will Play at the Musicology Sessions