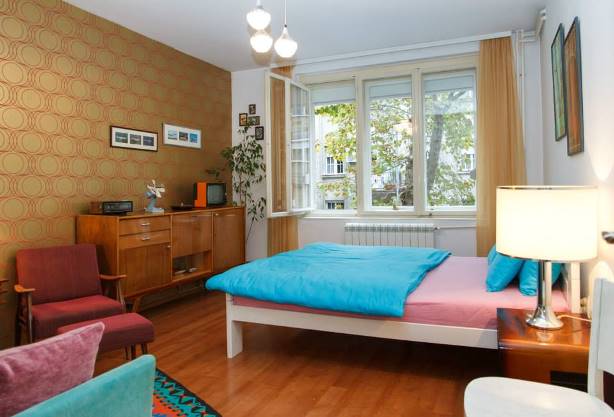 Yugodom is a stay-over museum and an authentic Yugoslav retro home. It exhibits art and design collection of a mid-century modern furniture and home décor with the tag of ‘Made in Yugoslavia’  and represents a perfect spot for lovers of Yugoslav modern design.  It’s a cozy curated holiday home created to welcome visitors of Belgrade, or anyone else who is interested in having a unique experience of stepping back in time.

Stands in the historical neighborhood of Dorćol in the city centre. It’s inside historic building from 1960’s, following the concept of mid-century in that sense too. The building is in the recognizable social-realist style of that time. Built for a JNA (Yugoslav National Army) officials and their families, it stands for a strong, firm and solid type of architecture even today. Spacious apartments, simple, bright, big windows with lots of natural light are some of the characteristics that describe this type of edifice as well as Yugodom. 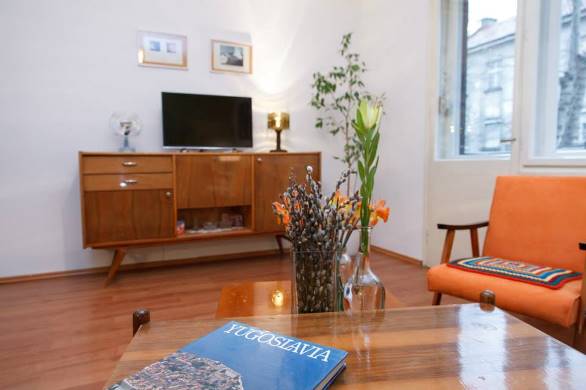 The creator of Yugodom is a local designer Mario Milakovic. Objects were found from a variety of different resources, including rescued from friends and families basements and attics, second-hand and antique shops, online stores, auctions, etc. Creator spent over a year collecting, restoring and exhibiting all the pieces, fusing them into the unique and conceptual story of Yugodom. Even though mid-century modern design is something that is Mario’s major passion, it’s important to emphasize that Yugodom is more than just aesthetics.  Décor is selected not only according to its visual impact, but has been selected to narrate a story of the past and to provide a chronicle of everyday life through descriptive artifacts. 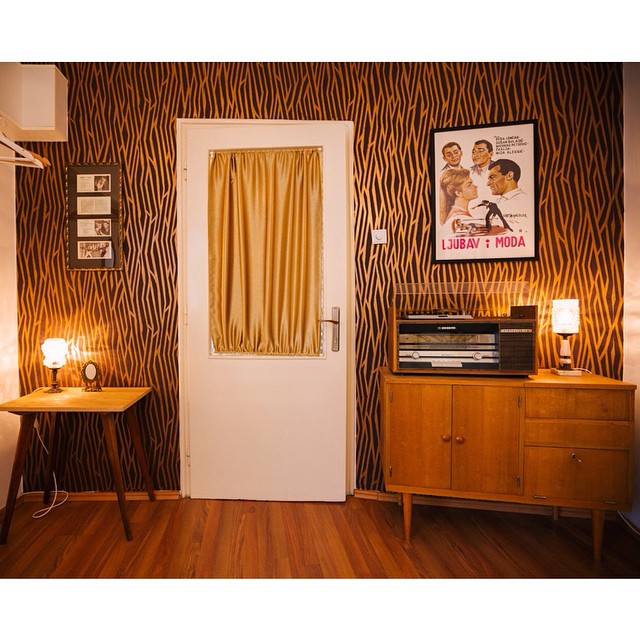 Books, magazines, records, audio tapes, photographs, art work, badges, tapestries, kitchen ware, postcards, industrial packaging and other memorabilia all from the Yugoslav era are used to convey the third important element of the Yugodom concept its focus on cinematography.

Each room is dedicated to different decade of the period and has a title of the movie directed in Yugoslavia right in that time. So 60’s bedroom named ‘Ljubav i moda’ (Love and Fashion) after musical comedy movie of that decade. The master bedroom is dedicated to movies from 1970’s that were banned by government because they were dealing with mainly sexual taboo topics. This room is named ‘Mysteries of Organism’ after the cult movie by Dušan Makijavejev. The living room is dedicated to the cheesy comedies from 1980’s and its called ‘It’s not easy with men’.