Monsieur Doumani to Play at DIM 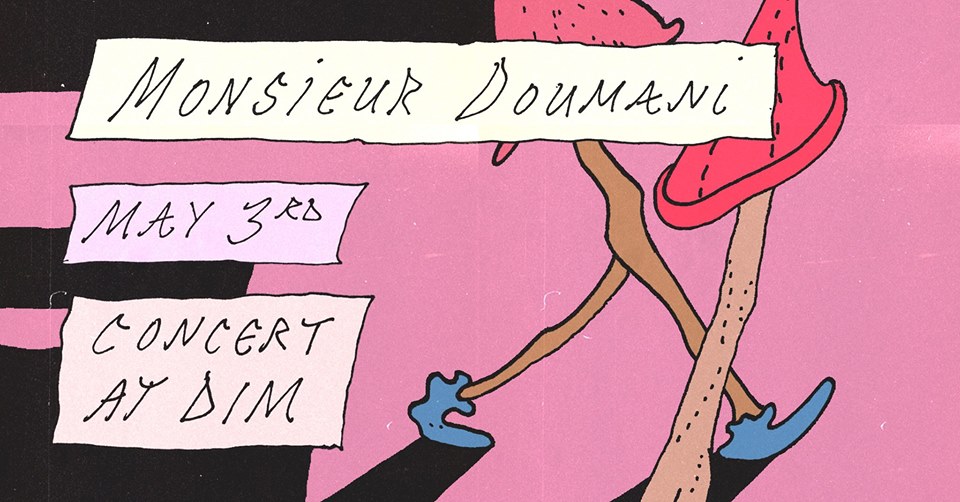 Coming from different musical backgrounds, but influenced by the Cypriot tradition at various levels, Monsieur Doumani compose Cypriot songs that draw inspiration from contemporary Cypriot society as well as from the shaky conditions of our era. The original identity of the project was determined by the adaptation of Cypriot traditional pieces, with a special contemporary color in sound and mood, forming a style distinctively their own.

Their live appearances in festivals and venues across the world (WOMAD, Rudolstadt, Havana World Music Fest, Sur Jahan-India, Konzerthaus Vienna, Paradiso, Mupa etc) have been very well-received by diverse audiences and their music has been presented on radio stations around the globe, such as BBC, NPR, Radio France, Sveriges Radio, PBS FM Melbourne etc.

Monsieur Doumani have released 3 studio albums which gained them their worldwide recognition.

Their third album with the symbolic name ‘Angathin’ (2018) – which translates as ‘thorn’ – addresses more than ever, the political, social and activist concerns and sensitivities of the group members and it is a call for rebellion against corruption, racism and injustice. The album ‘Angathin’ has  attracted great interest on an international level receiving the prestigious  ‘German Records Critics’ Award’ (Preis der deutschen Schallplattenkritik) in the category ‘World Music’. It has been voted as ‘Best Album of 2018’ in the Transglobal World Music Chart and #6 Best of 2018 in the World Music Charts Europe. It was also given the title of ‘Top of the World’ album by British magazine ‘Songlines’ and was one of the Top 20 albums of 2018 according to fRoots magazine.