Must see movies at this year’s Free Zone Film Festival

The eleventh edition of the Free Zone film festival kicks off on the 5th November 2015 at 20h in Sava Centar in Belgrade. A documentary film AMY directed by Asif Kapadia is to open the festival. Other films definitely worth your while are as follows:

The ocean contains the history of all humanity. The Sea holds the voices of the Earth and all those coming from outer space. The Water receives impetus from the stars and transmits it to living creatures. The  Sea, the longest border in Chile, also holds the secret of a mysterious button that was discovered in its seabed. Chile, with its 2,670 miles of coastline, the largest archipelago in the world, shows off a supernatural landscape. There are volcanoes, mountains and glaciers in it. There are the voices of the indigenous Patagonian people, of the first English sailors and political prisoners. Some say that water has memory. This film shows that it also has a voice.

Those Who feel the Fire burning

The night is pitch-black, the sea is stormy. Wild waves hit onto a little boat full of refugees, where a girl laments that she does not want to go to Europe. Suddenly an old man falls overboard. In vain he tries to catch hold of the hands which came to rescue. The radiant lightning flashes over a busy city seen from above. From that point on, the drowning man sees reality from another dimension. Unconventional and poetic in its form, Those Who Feel the Fire Burning documents a burning social issue: the hopeless situation of the refugees who actually manage to make the crossing alive. The seeking soul of the old man hurries along the southern European border and casts its glance on the many disillusioned people, observing them calmly and from an up close view. They do seem to be in limbo just like him, perching on the brims of a presumed paradise. He sees people in the street hunted down and shooed away as if they were dogs, he then  follows an illegal worker and a mother addicted to drugs and slips inside shelters packed with people. The voices of all these people blend together with his own, creating an intricate patchwork of memories yet  filled with love, dreams and desires.

Me and Earl and the Dying Girl

High schooler Greg, who spends most of his time making parodies of classic movies with his co-worker Earl, finds his outlook forever altered after befriending a classmate who has just been diagnosed with cancer.

Early summer. In a village in northern Turkey, Lale and her four sisters are walking home from school, engaging in a somewhat innocent play with some boys. The immorality of their play causes a scandal with unexpected consequences. The family home is progressively transformed into a prison; instruction in homemaking replaces school and marriages are from then on to be arranged for them. The five sisters who share a common penchant for freedom, find ways of getting round the constraints imposed upon them. 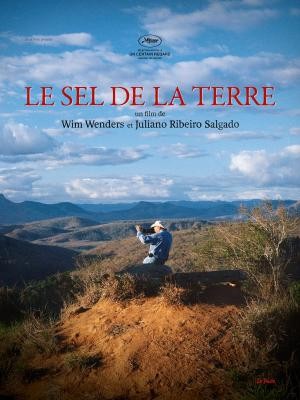