Sonus Festival: The Final Line Up 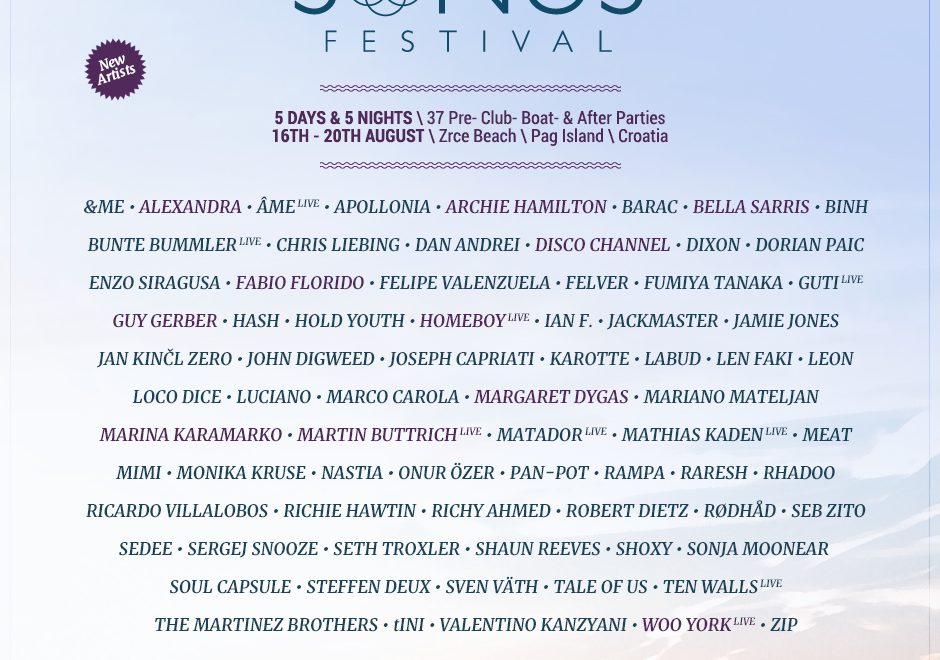 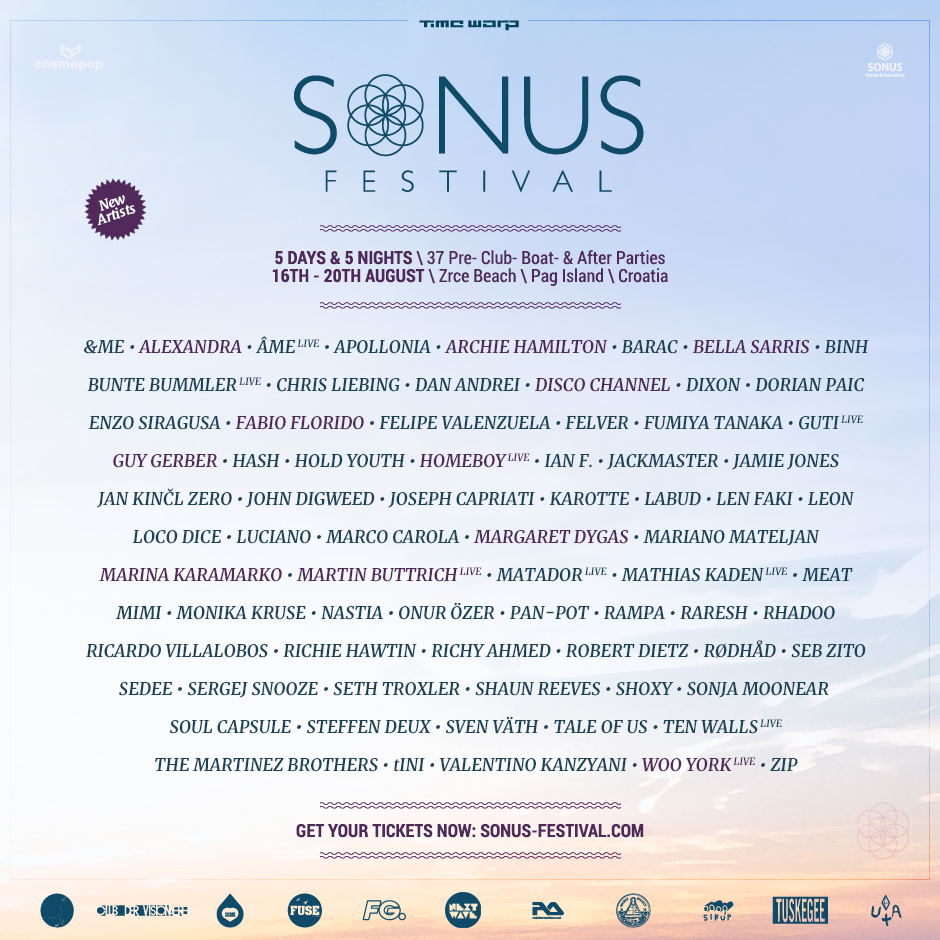 Renowned for monumental, ambitious programming that unites only the highest calibre of artists in one place, Sonus Festival is the ‘go-to’ party for club kids across the world. Set to sell-out for the third year running, this years soiree will see 10,000 revellers from across the planet join universal forces over five days and five nights between 16th-20th August in the idyllic, hedonistic home that is Zcre Beach. Long-established legends, acclaimed tastemakers, rising stars and fresh Croatian talents make up a nearly eighty strong lineup that is no doubt the strongest effort to date.

New additions include Alexandra with effortlessly cool minimalism, and London boy Archie Hamilton with his hypnotic blend of house and tech. Bringing the feel-good vibes are Germany’s Disco Channel, and Fabio Florido steps up as one of the hottest talents to recently emerge out of Italy, his debut EP ‘Be yOu’ released on Minus last summer. Progressive pioneer Guy Gerber also plays a part in proceedings.

Idyllic Pag Island destination Zrce Beach acts as the setting for this annual outing; with the perfect combination of golden beaches, on-site clubs and beautiful waves fully fit for Sonus Festival’s prolific boat parties. Easily accessible from Zadar, Split and Zagreb airports, this stunning beach spot is one of the easiest of the Croatian destinations to reach. Now three years strong, Sonus Festival is curated by Cosmopop as well as the Sonus crew, the team behind Time Warp events, and is now a serious contender for the biggest success in Croatia’s star-studded festival crown. Each year has delivered a five day and five night purist house and techno outing with only the finest world-class artists invited to play. 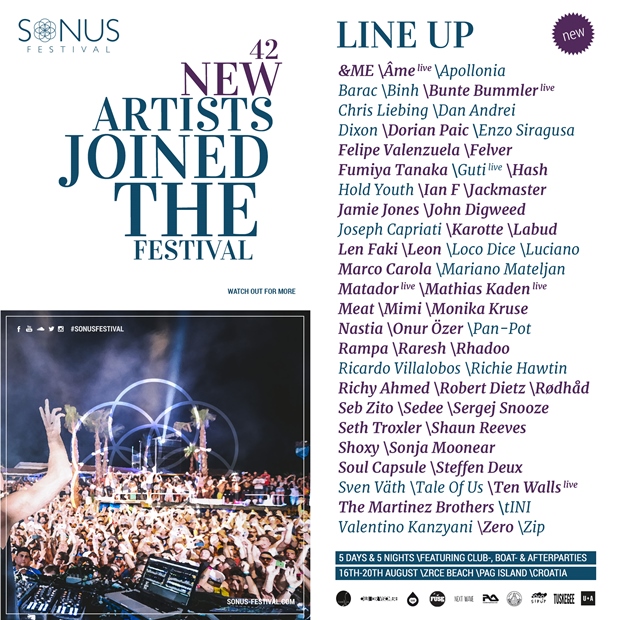