THE ICON OF CONTEMPORARY ART GRACE JONES TO PERFORM AT EXIT FESTIVAL! 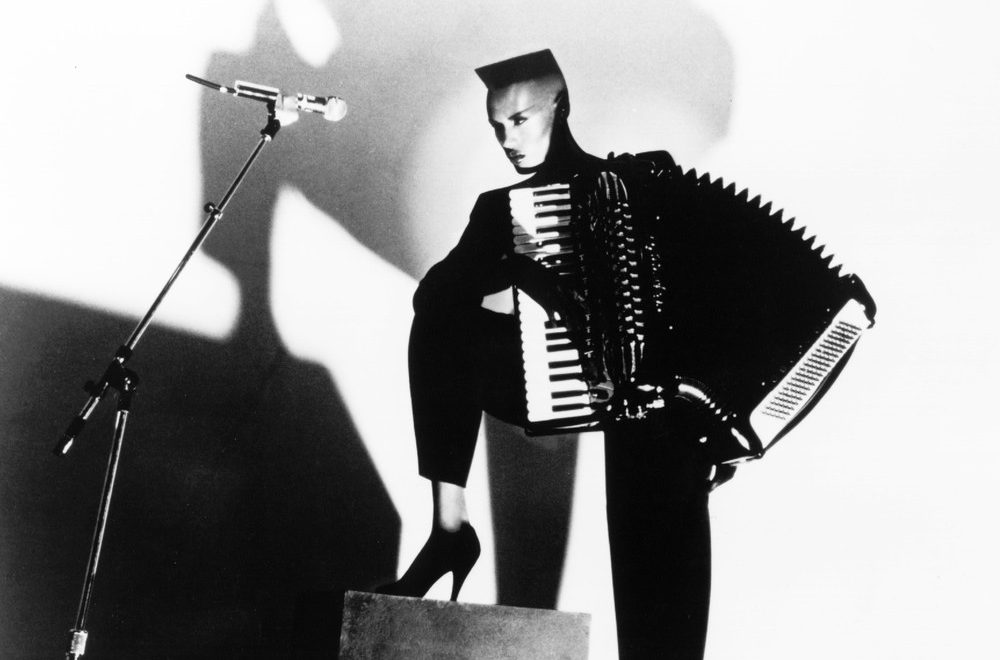 One of the most important contemporary artists, a revolutionary music and fashion icon, a supermodel and a movie star, truly immortal, the one and only Grace Jones is headlining EXIT, officially the Best European Major Festival!

This extraordinary persona comes as the living icon from the so-called “Alien Club” of artists who made their unique mark on Earth before they left, such as David Bowie, Prince and Michael Jackson. She was the first to introduce avant-garde art and high fashion in the world of music, way before Madonna, Lady Gaga or Rihanna. Vogue itself proclaimed her as the “ultimate fashion muse”, and the music authority “Rolling Stone” calls her the “compelling artist and a symbol”. After the premiere at Toronto Film Festival, the long-awaited documentary about the life of the fascinating art-rock aristocrat, dubbed “Grace Jones: Bloodlight & Bami”, will hit cinemas this spring, before her tour arrives to the Petrovaradin Fortress in Serbia on July 14!

This high-society Jamaican started her career as a supermodel in Paris and New York, working together and being surrounded by fashion heavyweights such as Yves St. Laurent, Karl Lagerfeld, Kenzo Takada and Giorgio Armani, while Issey Miyake himself chose her to be the leading model at the historic “Twelve Black Models” fashion show in Tokyo, 1976. Her androgynous face shined from the front pages of Vogue and Elle, photographed by none other than Helmunt Newton and Guy Bourdin! Grace quickly found herself in the seductive vortex or the most glamorous discotheque of all time, New York’s Studio 54, where her greatest fans, the star-studded clientele, were forever dazzled by her goddess-like image, including Andy Warhol and Keith Haring, along with numerous actors and disco magnates. She soon met her long-time companion, the famous French artist Jean Paul Goude, who turned her into a living piece of art with her wild, incontrollable energy, androgynous, superhuman looks making unforgettable live and television performances, including the famous “One Man Show” in 1982. His photographs of Grace will display in galleries, museums and art history books for decades to come. Among them is, as it was dubbed by the media, “one of the most famous photographs in the history of pop culture”, the cover of the compilation album “Island Life”, as well as a huge list of other, manually edited photographs, at the time when “Photoshop” meant the local business down the street, not the all-powerful software we know today. It is not widely known, but due to her love with Goude she rejected the leading role in Ridley Scott’s cult film, “Blade Runner”.

The connection of glamour and unstoppable force, forged into “glamazon”, an expression that describes her genuine authenticity and strength of a warrior that appears alongside Schwarzenegger in the Conan movie saga, or a fatal Bond woman who can take on agent 007. Amazing Grace still displays great fitness abilities with ease at some of the greatest festivals and stages of the world, with lush costumes that leave the audiences in awe. After her performance at last year’s Wilderness festival in Great Britain, Telegraph perfectly summed up the bottomless energy of the cosmic being that is Grace, saying that she easily hula hooped for a total of 20 minutes, while singing and presenting her top-notch band to the audience!

Only extraordinary artists keep transforming and keep fascinating others, and Grace Jones is a real expert at that! She started her career tearing down the stereotypes about what models should look like, quickly discovering her true love – music. In 1977 she publishes the first of her 10 albums, with the cult disco hit “I Need a Man” and a fantastic rendition of “La Vie En Rose” by the famous Edith Piaf! After her disco era, her Jamaican heart found herself working together with the famous reggae tandem Sly & Robbie, creating the ultimate hit, “Pull up to the Bumper”, which spent seven weeks at the top of the Billboard chart. What comes next is her version of Astor Piazolla’s “Libertango” in her great hit “I’ve Seen That Face Before”.

Even though the phrase is unjustly used for men, Grace Jones is the true “renaissance woman”, whose versatility deeply affected the modern culture, as well as the society, primarily as a vision of an autonomous, strong and successful woman in control. The general public was in awe by her passionate relationship with the famous Nordic action hero Dolph Lundgren, and their breathtaking Playboy photographs by the great Helmut Newton were considered a parade of superhuman beauty! Her relationship with the Swede, who went from a highly educated guy from her security staff to the status of a Hollywood star, was ended by Grace in her own style, by barging into his hotel room with a gun, aiming it at the man that half the world was scared of after his role of Ivan Drago from the Rocky franchise! Her commanding presence broke down the walls of the limited idea of femininity, as well as gender stereotypes, destroyed through her androgyny, empowering the entire LGBTQ community whose everlasting icon she remains to this day.

What would the music scene of the world, as well as contemporary art, look like without her influence, is almost unimaginable, as numerous artists state Grace as their role model or inspiration. Media wrote about the attempts of Lady Gaga to work with Grace Jones, who refused it with a clear message: “Young pop stars like to play the pioneer without taking the actual risk”. Whether we are talking about musical or fashion transformation, provocations or remarkable live performances, one thing is certain – Grace did it first and this year’s EXIT will be a once in a lifetime opportunity to experience this contemporary icon at its finest, on festival largest concert stage.