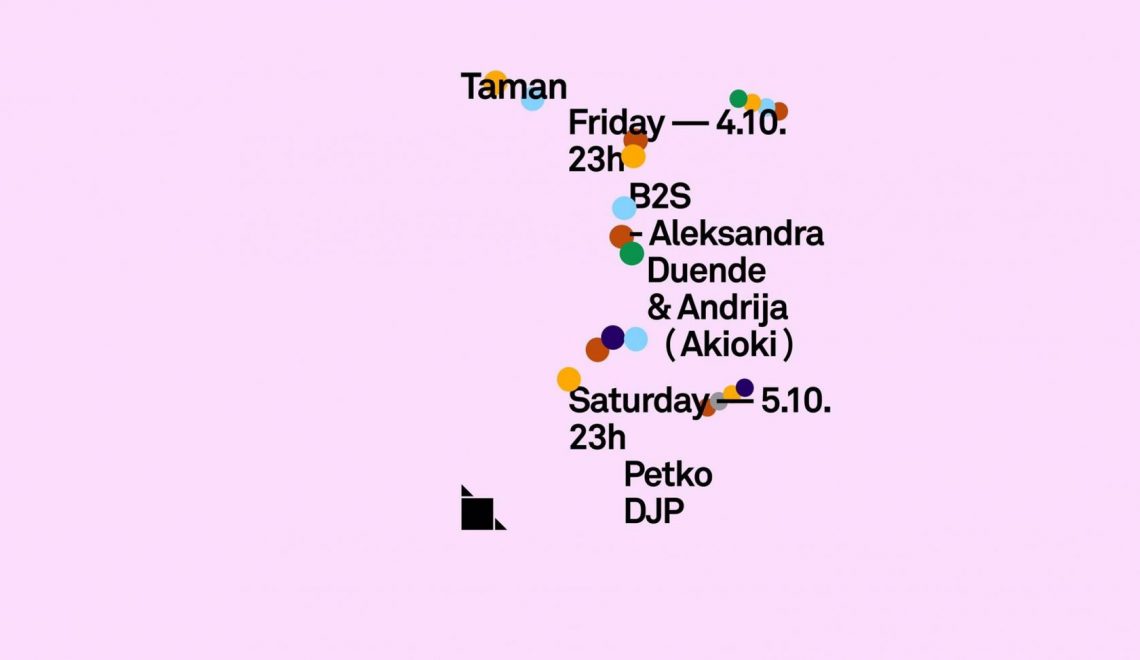 Across the river, boat 20/44 is hosting SAMUELE PAGLIAI from Florence.

SAMUELE PAGLIAI (Angis Music, Lattex Plus – Florence, IT)
https://soundcloud.com/angismusic
◢ TROLE
◢ VEMIC
Samuele Pagliai, formerly known as Bakerboy, has been an active DJ since 2009 and became resident of Lattexplus in Florence in 2014 where he regularly supports artists such as Joe Claussell, Moodymann, Theo Parrish, Amp Fiddler and Maurice Fulton just to name a few. Strongly influenced by the sounds coming from cities such as Detroit, Chicago and London, over the years Pagliai has developed a style on the decks that doesn’t go unnoticed in Italy or abroad. In fact, he was recently invited to close the Energy Stage at Lovefest in Serbia, played in Ljubljana for Cosmic Sex and partecipated as a guest at various international radio shows including: Hessle Audio, curated by Ben UFO on Rinse FM, Lakuti’s Uzuri Mix Series and Elena Colombi’s show on NTS Radio. In 2017, he founded Angis Music, a record label that fully represents his personal taste. The first two releases received great feedback worldwide, immediately entering the record bags of Motor City Drum Ensemble, Mr Scruff, Dâm-Funk and Sassy J. The artist is currently in the process of his label’s next two EP’s which will be released later this year.

Yes, the time has come, time to gather for the biggest independent electronic music event of the year — REACT! It’s 4th edition “REACT 4: For people like us” will traditionally take place at club Drugstore Beograd on October 5th. FB event.

This year’s edition of REACT brings us the biggest number of artists so far taking part in one of MR events, 10 in total: The Horrorist (Live), Umwelt, Ansome (Live), RAR, Betomeng, Rèdacs, 33.10.3402, Mangulica FM (Live), SAUD, Cuban Chamber of Commerce.

The Horrorist aka Oliver Chesler is one of the best known and loved electronic musicians. His sensational live act is a mixture of industrial attitude and punk style with synth-techno music. Oliver is performing a show that goes from minimal or new wave all the way to hardcore and everything in between, there is something for everyone. But the biggest thing about the Horrorist’s live acts is the interactivity that comes with having a live performer that a crowd is capable of understanding. The show is comprised of Chesler’s in your face vocals, video projection, live drum machine and synth. The Horrorist is one of those unique artists that only come around once in a while. He is a big influence on the electronic music scene and will be for years to come.

If the British can boast of having an electronic scene of which Dave Clarke would be the figurehead, then on French side of the Channel they can boast of having Fred Poncet aka UMWELT, talented producer and DJ emeritus who is well known in the underground since the 90s. It’s visibility in France and internationally has been growing for several years, driven by it’s formidable productions and the quality of his vinyl only sets. Umwelt’s production and selection of tracks in his DJ sets can be described as “dark electro” the term on which Umwelt himself commented: “Yes it’s not bad, you can add drama too, it’s good. I like the dark world with themes and atmospheres that give goose bumps.”

A purveyor of belligerent and uncompromising techno, Ansome’s aka Kieran Whitefield career began after studying sound design and music production at college in his home county of Cornwall. He’s now well known in U.K. and internationally for his bolstering live performances and the frequent use of modular synthesisers in his productions and live
performances. Ansome is one of the primary names that pops up when the topic of modular comes up. He stands out when performing live with his head in between the wires and flashing lights. Kieran stands firmly against polished techno, he started to feel “at home”musically when he started producing it, and still rarely listens to music, as he says, he likes
to create stuff.

“REACT 4: For people like us” Main Room’s massive line up with The Horrorist, Umwelt and Ansome is not to be missed if you’re into dark electro, industrial and aggressive techno. Headliners will be accompanied by Music Reactions residents RAR, Betomeng and Rèdacs, whilst 33.10.3402, Mangulica FM (Live), SAUD and Cuban Chamber of Commerce will be in charge of the Black Room.