“Archaeology of an Era – Socialist Modernism” in the Art of Bezjak 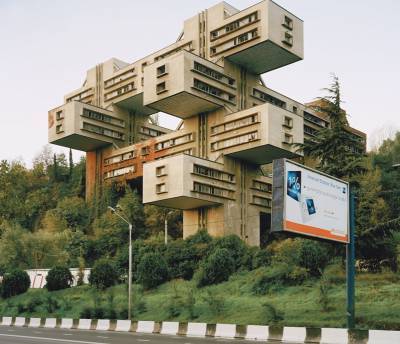 Ministry of Transport building in Tbilisi, Georgia, which is now occupied by banking house

Since 2004, Roman Bezjak continuously travelled through East- and Southeast Europe and also through the eastern part of Germany, constantly seeking buildings, which could be categorized as examples of the architectural era of the socialistic modernism. He gained support in the form of scholarships from the Collecting Society Bild-Kunst and the Robert-Bosch Foundation. Bezjak’s efforts resulted in an extensive photo collection, providing a sort of archaeology for this modern era. Unpretentious yet disciplined, he took photos of residential buildings, hotels, cultural venues and similar edifices with a specific function in the public sphere. Looking at his work, a transcendental, utopian vocabulary of forms and shapes comes to notice, implying an architectural monotony of the time. Bezjak’s photographs reveal the visible wear and tear of the utopian and its placement in the everyday life of the present. (Inka Schube)

Roman Bezjak, born 1962 in Ptuj, Slovenia, will extend his photo collection with an additional shot, taken in Maribor. 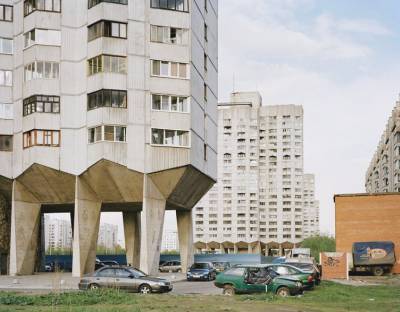 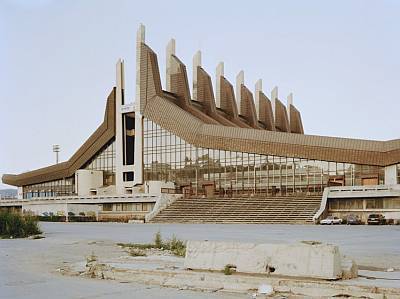 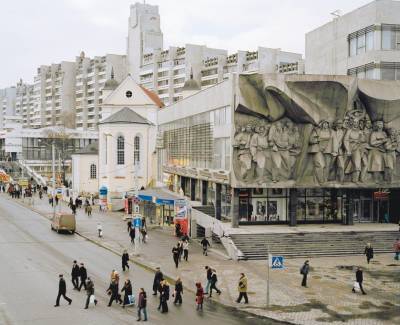 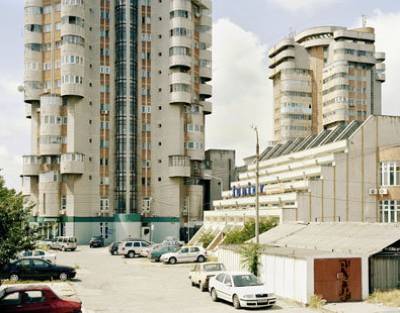 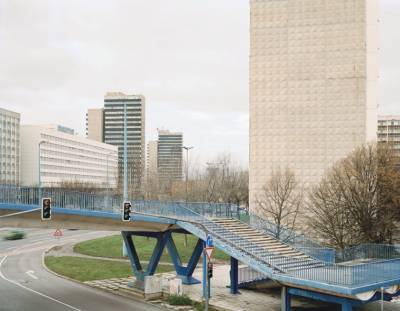 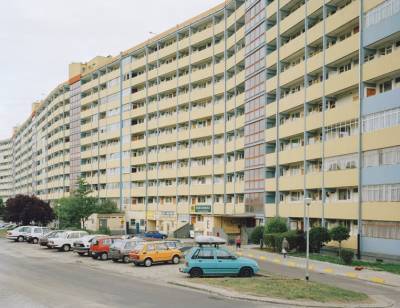 Monstrous residential building in the Polish Gdansk is 850 meters long 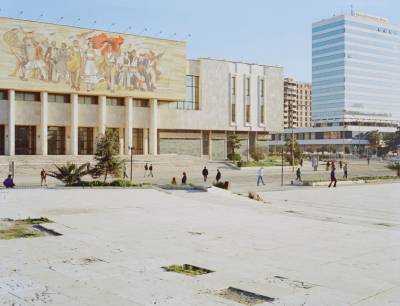 Museum in the center of Tirana, Albania

Eastern Gate of Belgrade or “Rudo” by the Bosnian town of the same name – the three towers of 27 floors, built in the mid-seventies, and Bezjak’s monograph misguided as the “Three Widows”