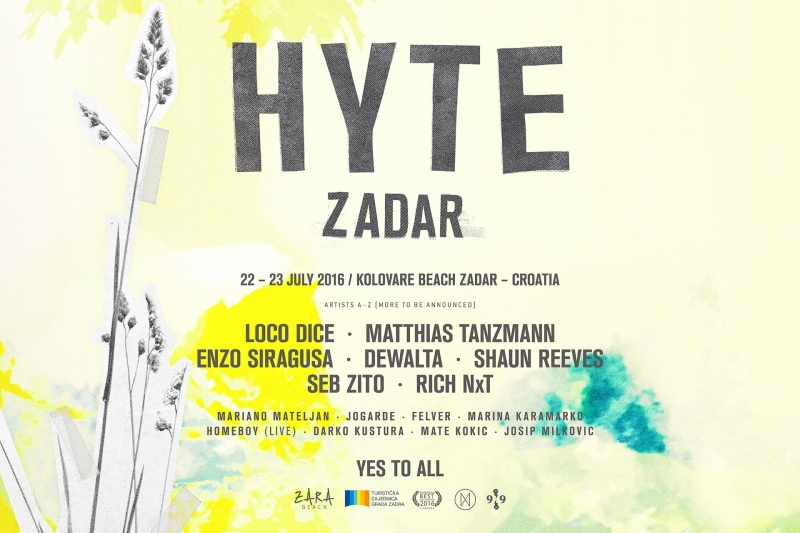 The open air runs from 3 pm until 1 am on Kolovare Beach, after which the parties will continue in nearby venues just a short walk from the beach.

Kolovare Beach lies in the heart of the historical centre of Zadar, with stunning panoramic views of the Croatian sunset providing the perfect backdrop for the sun-soaked open air. In 2016 Zadar is awarded the title of Best European Destination – rich with archaeological monuments and ancient architecture it is one of the countries most significant historical treasures.

The waters of Croatia’s Dalmatian coast are known to be some of the clearest in the world and the area around Zadar boasts hundreds of unspoiled islands, numerous beaches and nature reserves.

Unlike the heavily visited parts of Dalmatia, Zadar provides the perfect place to explore the natural beauty of Croatia, with daily ferry trips to many of the pristine locations in the region.