Wild In The Street – Nenad Racković 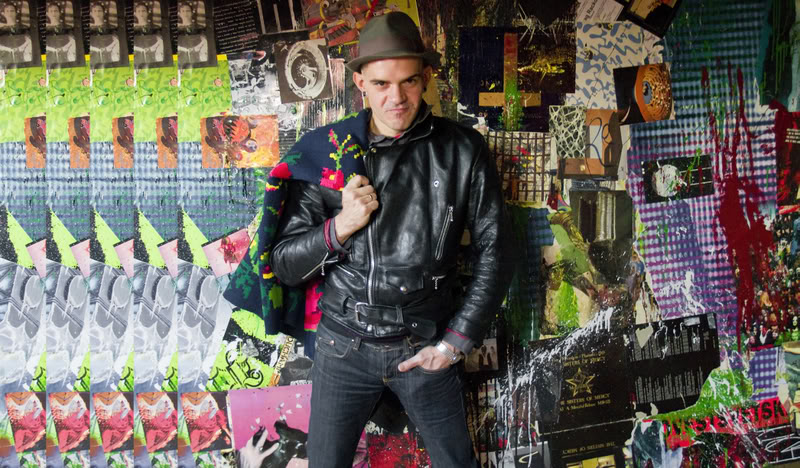 Opening of the exhibition will be held in the gallery Hub 12 at 7 p.m, from 9.30 p.m. Indoor Skate Session – Studio in Žorža Klemensoa 10, 6th Floor (fluo door)

Special Guest Stars on the Opening

Art behind the closed doors – Racković is inviting audience to come and join him at his crib from 9 p.m. to 11 p.m. every evening during the exhibition

Nenad Racković’s long-time work has made him the symbol of Belgrade art scene. Incorporated into the urban structure of the city, Racković intervenes in different subcultures that have alternated in time, from rock en roll underground to the modern clubbing and skate culture. From the position of rebellion and refusal to the imposed values in conflict with social norms, whether they were colored with nationalism and the destruction of the 90s or consumerist wave of capitalist society last decade, Racković own appearance, body and life transformation creates situations that induce an alternative space for individual liberty. Performances, events, situations, objects, novels, films, videos, collages, skating around the city are just some of the many strategies of Nenad Racković’s action. The exhibition “Wild in the Street”, which opens the Gallery 12 HUB program season in 2014, will comprise the material emerged in the last few years, including the fluorescent objects and installations, the artist’s living space turned into a background image of the artist’s consciousness and also collaborative works that are showing the potential of the artist in the role of the incubator of social networks – not just those that develop in the virtual space, but the alternative social networks that artist generate in the daily life of the city. – Milica Pekić