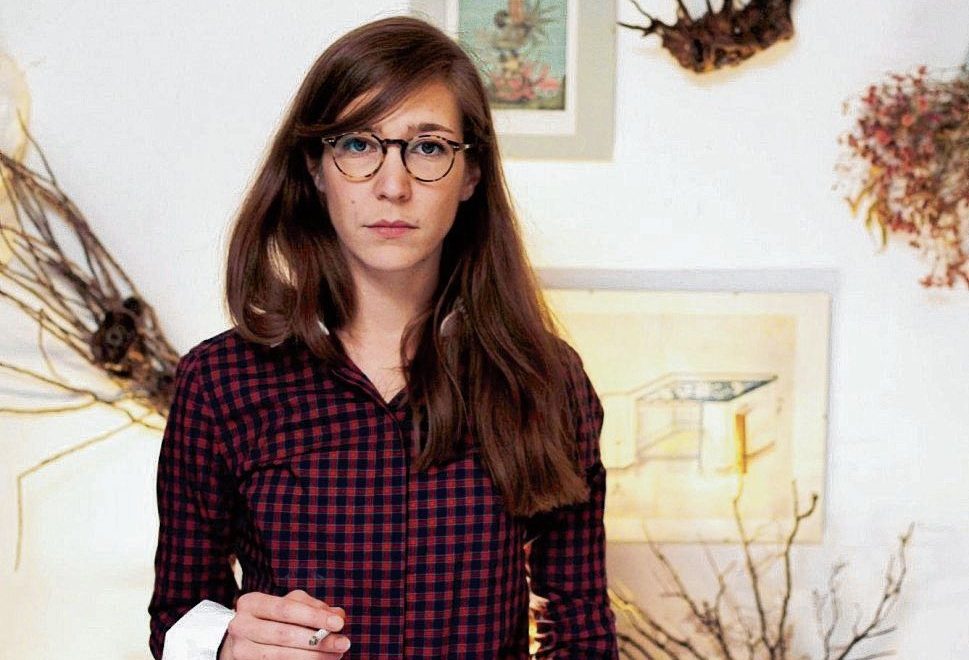 Our favorite boat (club) 20/44 is celebrating its 10 B-Day during April and for this occasion very special music programme is prepared. So, listen carefully and prepare your ears and dancing shoes for the following gigs.

Lena Willikens doesn’t play the hits. When she’s behind the decks, even her biggest fans often have no idea exactly what she’s playing, and that’s part of the magic. Like all DJs, Willikens of course has a passion for records and is always on the hunt for elusive bits of music, but as an artist, her work doesn’t hinge on any one track, or even a handful of tracks. She’s after something bigger, something that’s truly transportive for those on the dancefloor, and the tracks she plays – whether they’re bizarre slices of synth exploration, some ominously churning proto-industrial stomp or something else that simply defies classification – are all parts of a larger, more psychically satisfying whole.

Born and raised in Germany, Willikens first honed her unique approach during a long residency at Düsseldorf’s Salon des Amateurs, a much-loved nightspot that has proven to be a hotbed of free-thinking DJ talent. Outside of the club, she also found a platform on Radio Cómeme, where her Sentimental Flashback radio show allowed Willikens to dive deep into all sorts of unusual musical wormholes. (The Cómeme label was also home to her first EP, 2015’s Phantom Delia.)

These days, however, Willikens’ radio adventures happen on NTS, where she pilots the monthly Lightning Conductor program. Now based in Amsterdam, her curatory prowess prompted an invite from Dekmantel to put together the fifth installment of their acclaimed Selectors compilation series, and she also contributed a track to the label’s run of all-star 10th anniversary EPs. As a remixer, she’s been tapped in recent years to rework the likes of Lena Platonos, rRoxymore, S U R V I V E, Simian Mobile Disco and Ana Helder, amongst others. And amidst all this activity, she’s also been busy with Phantom Kino Ballett, a collaboration with artist Sarah Szczesny that lands somewhere between immersive audio-visual experience and performance art, allowing Willikens to indulge her transportive impulses in a completely new way.

Nevertheless, it’s in the DJ booth where Willikens continues to make the biggest impact. As of late, she’s forged a particularly potent partnership with fellow sonic explorer and Salon des Amateurs alum Vladimir Ivkovic, the two engaging in a sort of mind meld that brings together their shared love of electronic music’s darkest and most bizarre corners. Regardless of whether she’s playing alone or in tandem with someone else, Willikens isn’t the kind of artist who adheres to straight lines. Expect different temperatures, different moods and a dollop of chaos, just to keep things interesting. Circuitous paths take precedence over direct routes, and although not even Willikens herself always knows the final destination, when she’s at the helm, the journey is bound to be thrilling.

Based in Amsterdam but very much with one foot in the cosmos, Orpheu The Wizard has been surprising and delighting people with his unconventional sets for years and years…

The Dutchman has done so with little fanfare before now, because his skills have simply spread through the mouths of those astounded by what they have heard when they see him play. It’s hard describe what goes down in one of his sets, the distinguished selector is not afraid of taking left turns, serving up curveballs and doing the unexpected.

Taking real pride and joy in unearthing and sharing his usually musical treats, Orpheu The Wizard is musically curious and invites his audiences to be so too. As versatile as he is eclectic, you are as likely to be floating in outer space one moment as you are rooted to a beat the next. The man born Orpheu de Jong is a Red Light Radio co-founder celebrated for the breadth and depth of his taste and the passion with which he plays. Closely linked with the acclaimed Dekmantel crew for who he is in house designer, Orpheu is a big but back stage player on his native scene, and is now rightfully making a mark on the wider world.

After 2 years, Amsterdam and Rush Hour boss, Mr. Antal Heitlager will be back at the boat, but this time will be indoor. Last time, didn’t want stop playing. Intro by Vemic. Get your tickets on time!

As a DJ and ‘musicologist’, there are few more serious than Antal. Trying to sum up the musical world of the Rush Hour founder with a few loose signifiers like house or techno would be futile.

Sure, everyone in the industry claims to have been music obsessives since youth, but few have taken it as far as this Dutchman. As a DJ who prefers proper tools like E&S or Rane rotary mixers and Dope Real isolators, since 1996 he has played all across Europe, Australia, Asia and both North and South America. Unlike many, though, he has a wealth and depth of music to call on that is so vast you never quite know what you are going to get: he is as comfortable spinning Chicago and Detroit influenced house as he is rare Afro funk, forgotten disco and everything in between.

Of course, Antal also runs the mighty Rush Hour Records in Amsterdam with a close group of hard working people. It’s a vast empire that encompasses a reliable distribution wing, sub label Kindred Spirits as well as a much-loved record store chock full of vinyl bought during on-going crate digging trips around the world. The label, meanwhile, releases house and techno from the vanguard at the same time as re-issuing long forgotten classics that serve to educate whole new generations about what has gone before. You could say Antal himself serves the same purpose when DJing.

Lebanese-born producer and DJ Rabih Beaini (formerly known as Morphosis) specializes in grainy, imaginative analogue techno. In the past year however, his Morphine label has telescoped in on key (often overlooked) voices in avant-garde electronic and outernational music.
As Morphosis, Beaini has been crafting away in the nether-regions of the techno underworld since the 90s. Having cut his teeth as a DJ, a move to Italy in 1996 proved the catalyst to start experimenting in the studio. And he really did experiment – few people craft the sort of emotional, exploratory techno as Beaini has for labels like Sistrum Recordings (Detroit), M>O>S (Amsterdam), and Styrax (Berlin). His two most recent albums, Albidaya on Lebanese label Annihaya and Dismantle/Music For Vampyr on Honest Jon’s, follow his critically acclaimed 2011 debut LP, What Have We Learned, on Delsin.

Beaini’s genuine musical ability and a range of influences—from krautrock to new wave—seep into his inventive, dark, and emotional productions and immersive DJ sets. These influences also find their way into Beani’s productions with the Upperground Orchestra, a multi-headed improvisational ensemble that explores the terrain between electronica, techno, and improvisational jazz. While his productions join the dots between raw, elementary electronica, and jazz, his Morphine label has put forward an equally forward-thinking selection of techno from the likes of Madteo, Hieroglyphic Being, and Anthony “Shake” Shakir. In 2014, the label entered a new era with a retrospective trilogy of works by US-based improviser and Buchla synth master Charles Cohen. The collection was the most comprehensive ever to be released, and was followed by an album of new material from Cohen in 2015. Beaini served as a producer for this and subsequent LPs from pioneering American composer Pauline Oliveros, French mechanical-orchestra creator Pierre Bastien, and explosive Indonesian duo Senyawa. He has also helped to organize concerts and tours with Cohen and Senyawa throughout Europe and Japan.

The spirit of a DJ bio is boring, self-centered, and egotistical.
Prins Thomas knows that all too well and fears the result: Someone who makes him sound like the best DJ in the world…although most people would love such a comment on their skills.

It has to be the very laid-back nature of his residence Oslo that makes him overmodest. Except for his peers Hans-Peter Lindstrom (Feedelity Records) and Todd Terje who he works and records with and some of the city’s legendary characters like the idiosyncratic Rune Lindbæk or the mysterious DJ Strangefruit, that place is nowhere as busy, hectic and all-important as some of Europe’s club capitals like to portray themselves. When it comes to the musical output, Prins and his royal household leads di way though, as dub poets might say. Together with Hans-Peter Lindstrom, Thomas created the climax of the on-going fascination with retro futurism and their self-titled debut album for the Belgian Eskimo Label.

His own label Full Pupp has some of the best house-not-house, neo-disco or call-itwhat- you-want dance music records to offer that you heard in a long time. All done by exclusive Norwegian talent, a new outfit called Internasjonal will join the global dots with producers from all corners of the known-world, where he currently turns up every weekend with a crate of vinyl, his record grips and an immaculate way to play with it. In other words, there is no stopping him now.“Your philosophy in life?
Enjoy it for the short time it lasts!”
— Prins Thomas
Local Support Dj Brka (Resident)
Dj Sin
Tickets: 1200 / 1500