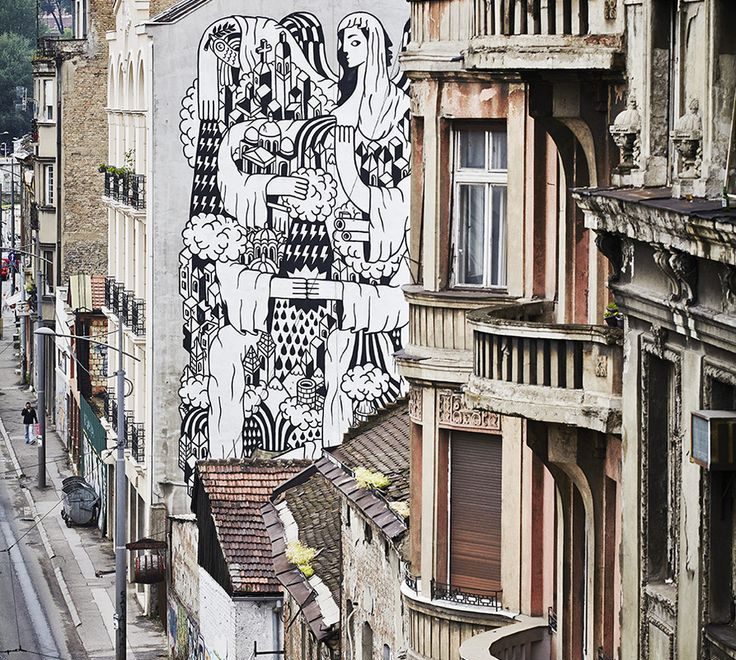 “I have searched for some information, about the history and architecture of Belgrade. Then I learned, that it has been destroyed and rebuild 38 times in her history.. So this ” Santa” inspired by an icon of the city my friend sent me, has several hands and a hidden black face. Between her legs, an egg from which goes out life and civilization. One hand is holding it, protecting it…One other hand is sending lightning on the city to destroy it, but in her sleeve, there s a white flag of peace…One of her other hand, is holding her breast, like a mother giving milk, feeding the city…but hidden in her sleeve, a big gun, war weapon…Then the top hand, is also sending lightning destroying the city, but from her sleeve, a free bird is going out to fly and spread peace !”, wrote Giom Olbi Remed. 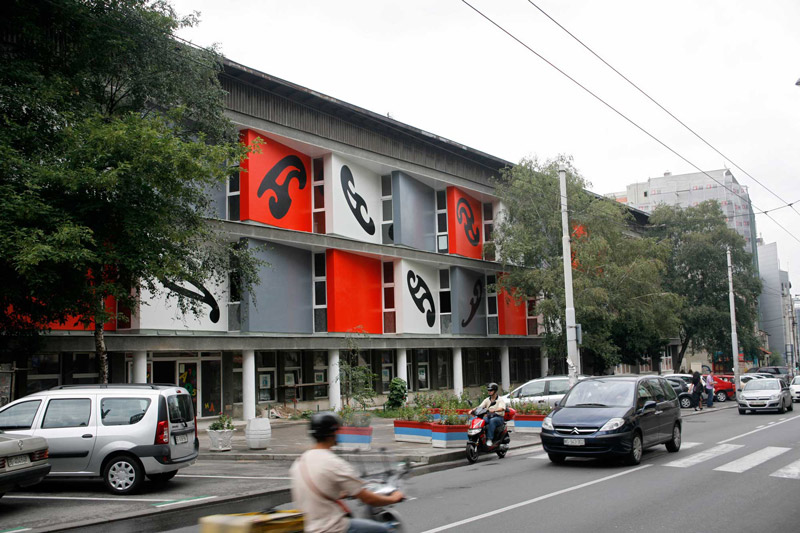 In 1989 and 1990 students of Belgrade schools created most of the city murals, whereas in 1989 some large works were created during preparations for the 9th summit of non-aligned countries.

Another 14 murals were created as a result of the action “With character against violence” in 2008, based on the sketches of students of the Faculty of Fine Arts. The latest urban murals were created during the Belgrade Summer Festival (BELEF) in 2008 and 2009, among them, are works of world-renowned artists of urban art (Alby Guillaume, Valerio Berutti, Blu, M-City), as well as eminent local artists Biljana Đurđević , Vladimir Perić, and many others. In addition, many new murals appeared in the circle of 2, and some of them in the Savamala quarter within the Mikser festival. 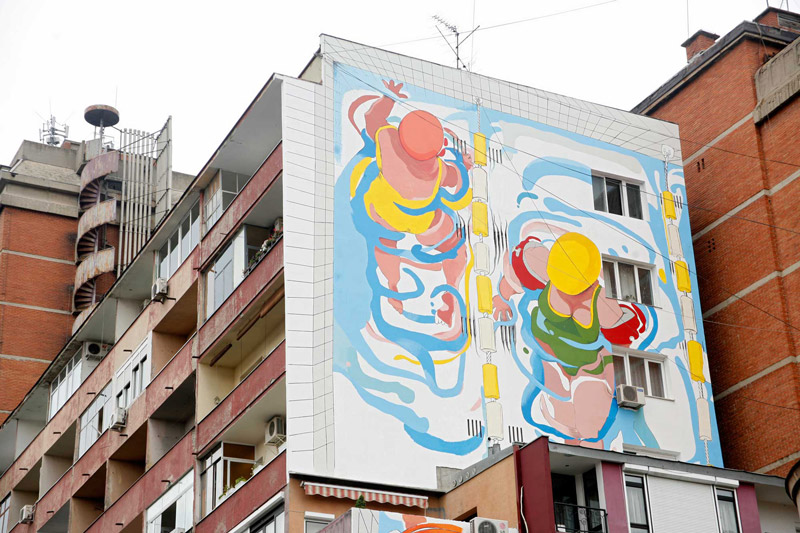 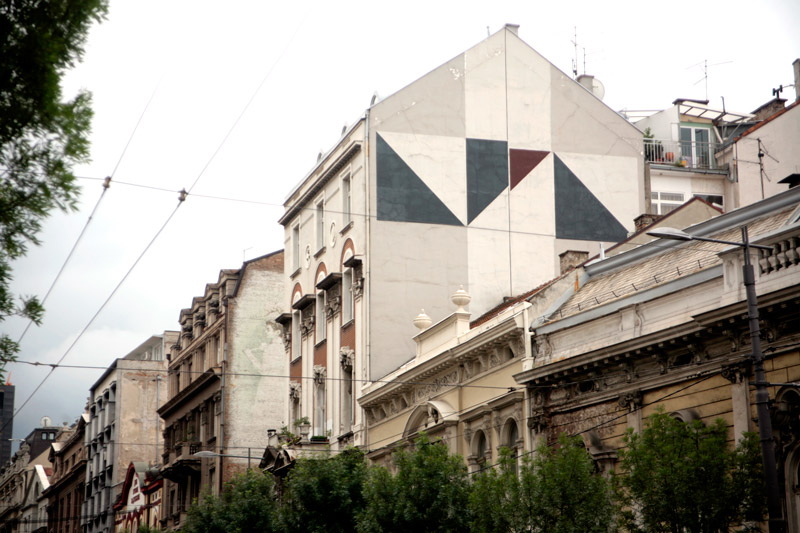 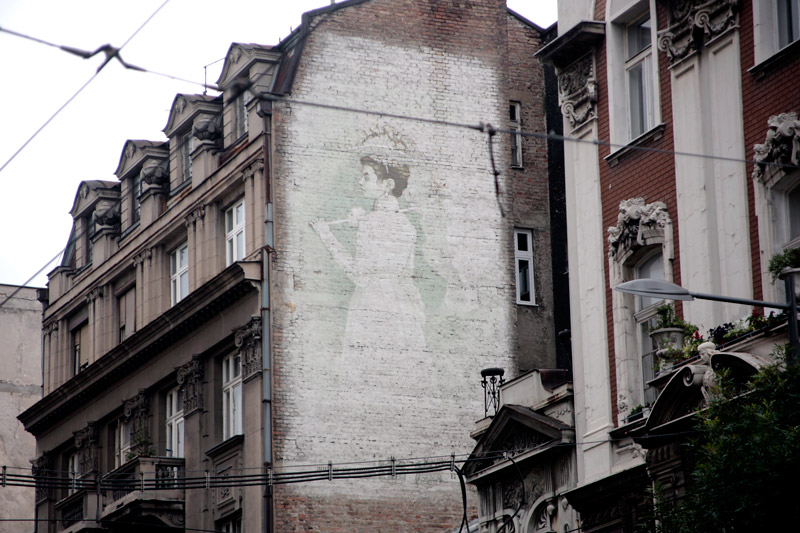 Mural the “Girl with umbrella” in Terazije 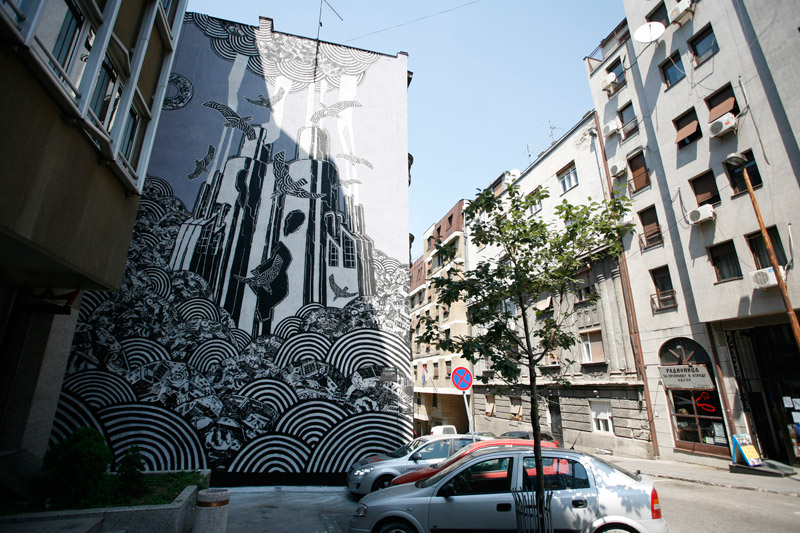 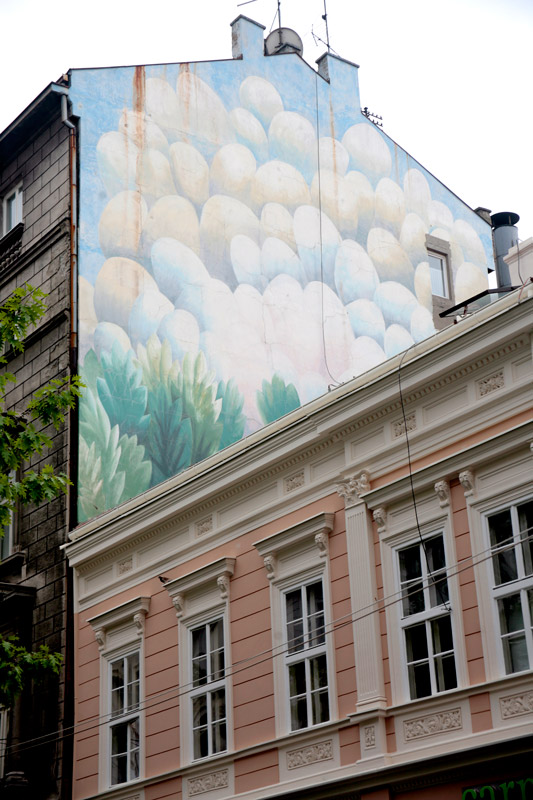 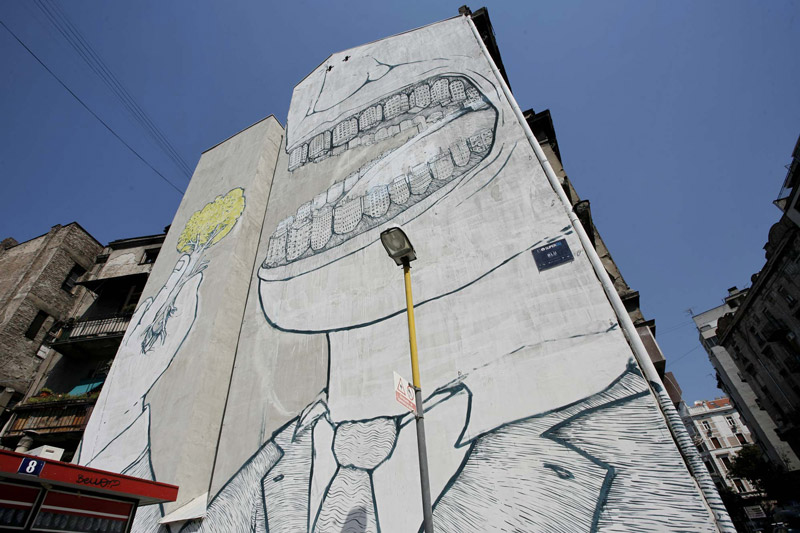 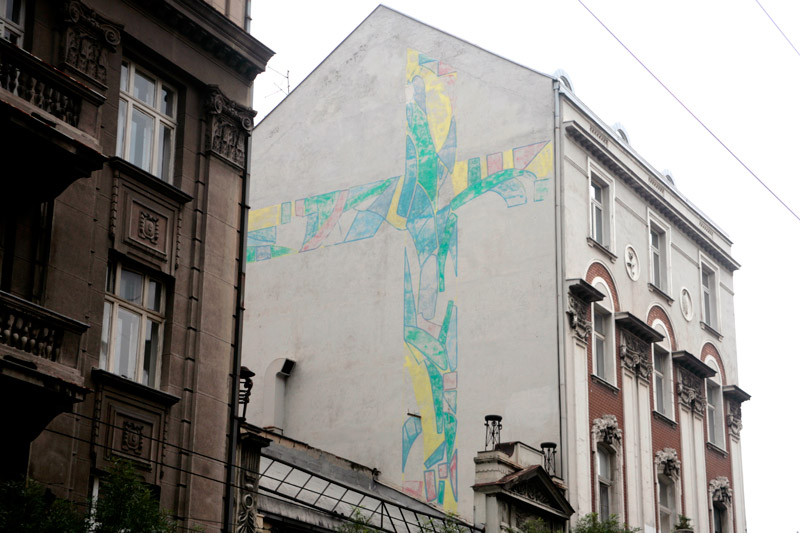 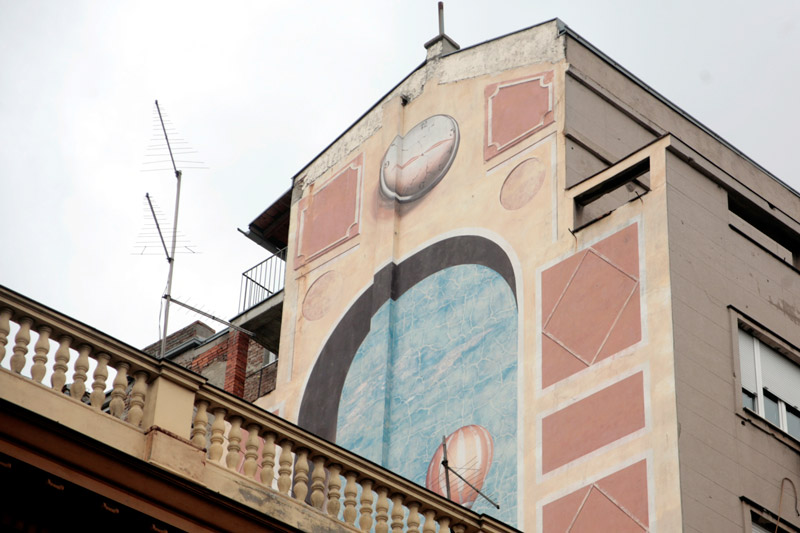 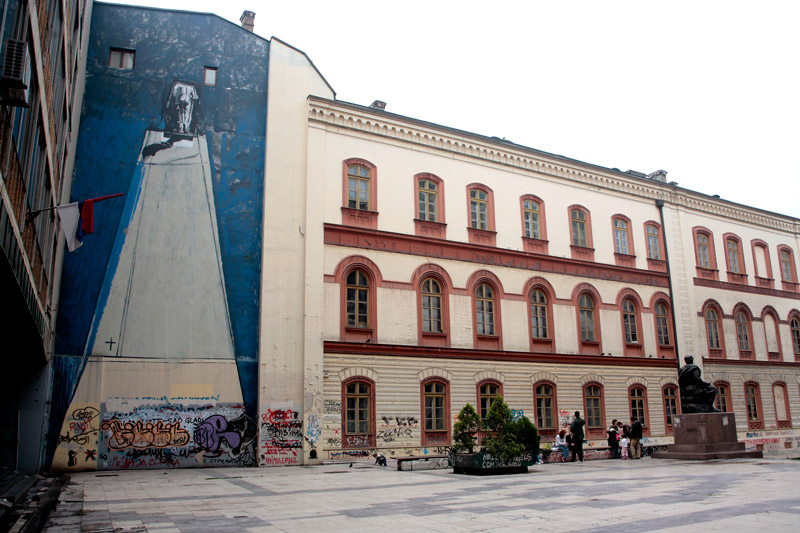 Mural at Plato by Vladimir Veličković, 1989 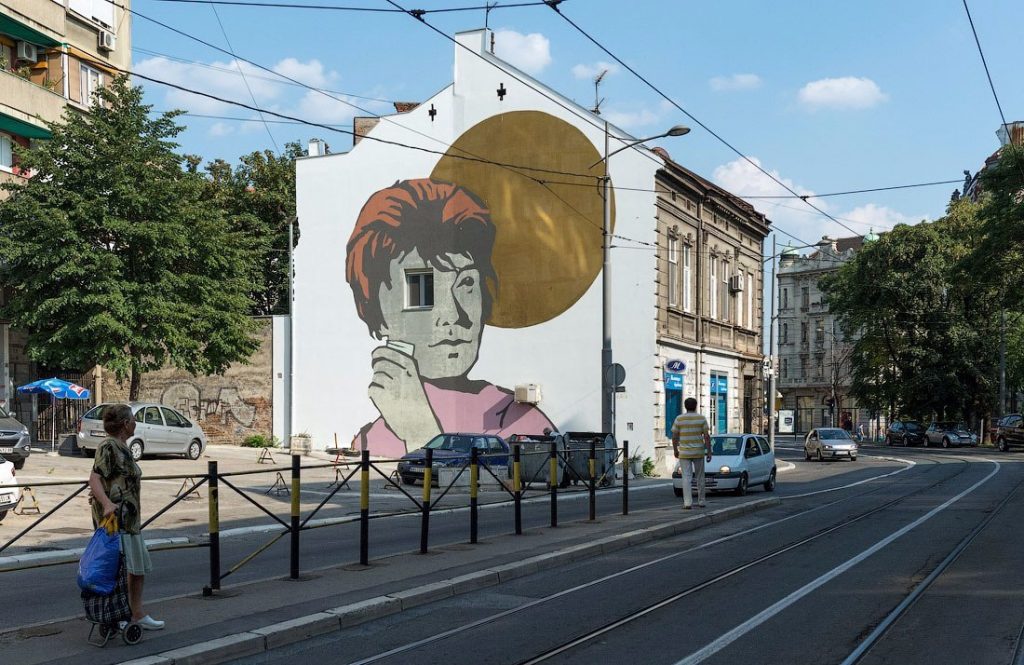 Mikser festival ended some time ago, and thanks to the initiative and action of creative people this year several new artistic details appeared in the neglected neighborhood of Savamala, primarily a large mural painted on the facade of the building in 51 “Karadjordjeva” street. The new mural titled “Waiting for the sun” is a work of Aleksandar Maćašev, and it gives a very different impression to passersby captured in nearby ruined and dirty facades of Savamala. 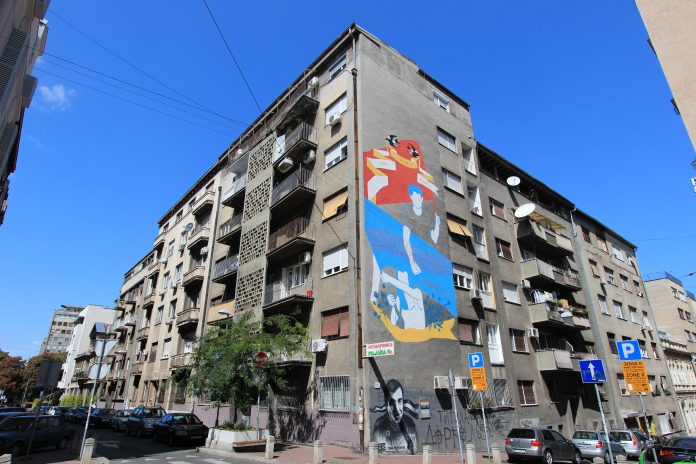 After conducting the research ‘The history of Belgrade murals’ in 2011/2012 one of the important conclusions KURS Association made was that there were no murals in Belgrade that depicted the history of the workers movement and the anti-fascist struggle. A lone example is a 1977 mural painted on the wall of SKC Belgrade, called ‘Unity and Solidarity with the People of Latin America’, painted by a group of artists from Chile, ‘the Brigade of Salvador Allende’, in collaboration with local artists.

For the creation of sketches, KURS has, as in the previous works, been using archival segments and historical information upon which it constructed its college composition. The mural was based on the cover page of a flyer, ‘Young Laborer’, which dates back to 1923. Two figures dominate the whole composition, one male and one female, walking forward and carrying flags. In the center, there’s a poem by Branko Miljković  ‘Everyone Will Write Poetry’ from the cycle ‘Critique of Poetry’. On the very top, there are two swallows carrying ribbons saying: ‘Fight, knowledge, equality’.

The authors of the mural are members of the KURS Association, Miloš Miletić, and Mirjana Radovanović, and Martina Petrović, a student of the Faculty of Fine Arts in Belgrade, assisted during the painting of the mural. 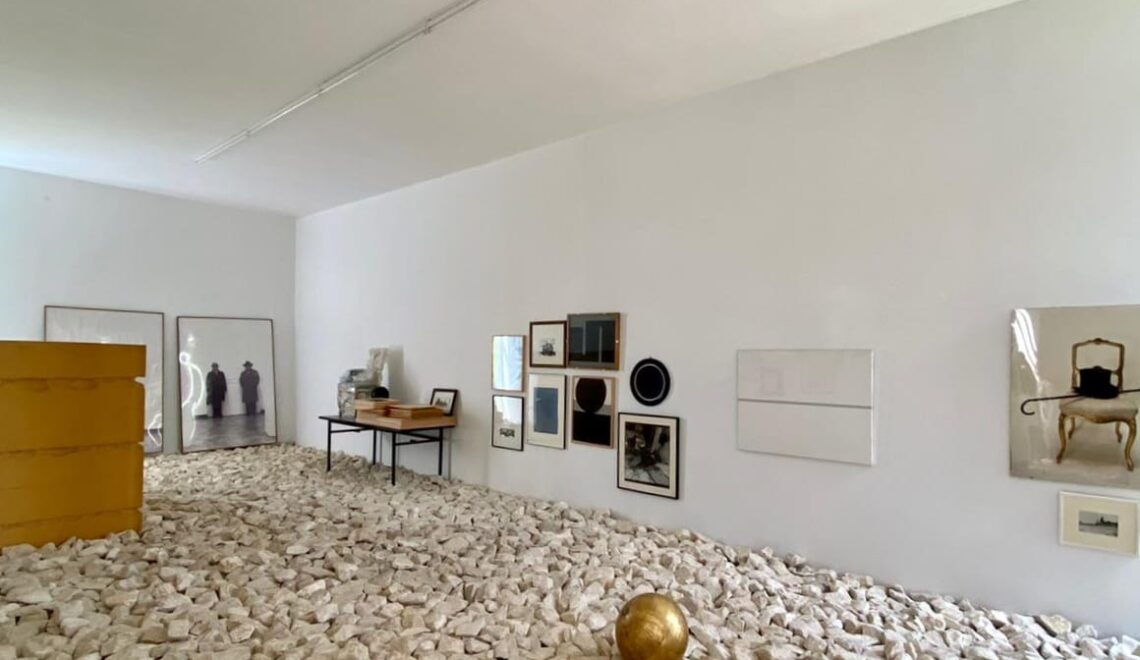