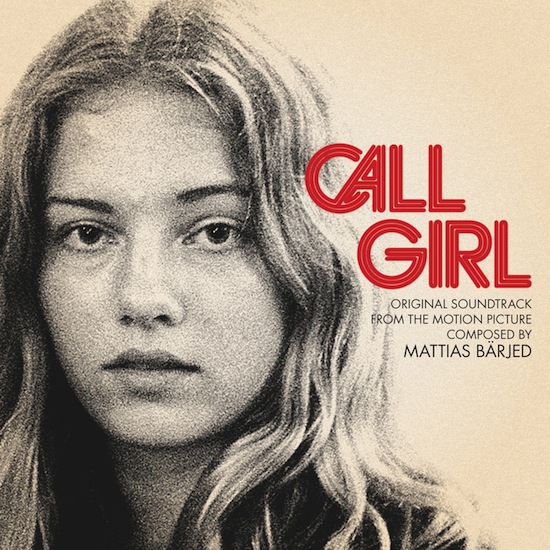 Few days ago I attended International Film Festival (FEST 2013) which is taking place in Belgrade right now. I have seen one Swedish production movie titled as the “Call girl” directed by Mikael Marcimain in the end of 2012. The “Call Girl” is set in the late 70’s – a time of women’s liberation, sexual revolution, Swedish neutrality, nuclear power and social security. The film takes us on a trip from the very bottom of society through glitz and glamour, to the corridors of power which are a labyrinth of secrets. The film is inspired by a true story- Swedish political scandal known as “Bordellhärvan” which linked underage prostitution with powerful customers believed to come from the highest levels of society.

Set in Stockholm during the disco era, the film centers on a troubled 14 year-old, Iris (Sofia Karemyr) who routinely sneaks out of the group foster home with a friend of hers Sonja (Josefin Asplund). Young and good-looking, they soon catch the attention of well established madam Dagmar Glans (Pernilla August), a motherly figure who, along with male associates, flatter the girls and seduce them with booze, fancy clothes and drugs. Soon, they’re turning tricks for a stable of  rich and powerful clients including politicians in top positions of the Swedish political system. At the beginning everything looked quite interesting and glamorous, until when the girls were increasingly caught up in the cruel world of high prostitution from which exit was difficult to find. 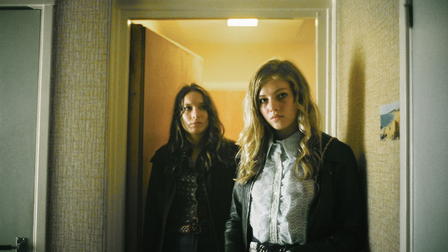 Following the motivations of this group of middle-aged men presents little challenge for the viewer — once one realizes that practically everyone is dirty, and in fact large groups of officials hire Dagmar and her girls openly, to entertain at dinner parties. The only man we know to be clean is John Sandberg (Simon J. Berger), a younger vice cop combing through surveillance tapes, with the desire to demolish a high prostitution and the gainful business of “respected” madam Dagmar Glans. Elections in Sweden are getting closer, the plot twists….

Despite a good deal of nudity and the occasional, joyless sex scene, Marcimain’s tone is never sensationalistic. A steady mood persists, with the behind-closed-doors action making a mockery of the politicians, who are seen on talk shows and the campaign trail congratulating themselves for the government’s enlightened policies regarding women’s liberation and evolving sexual mores.

Design and photography capture the era effectively without kitsch, everything (fashion, language, appearance,  hair cuts, cars, soundtrack) looks very retro, like it was really filmed back in the late 70’s. This film reminds me on controversial movie “Eyes wide shut” directed by Stanley Kubrick, although the action is different, the point of the movie is a bit similar.

Given that this is not a professional  film critic, but my personal impression of the film, I can freely say that the “Call Girl”  is one of the best movies I have seen in the last few years on and beyond FEST.