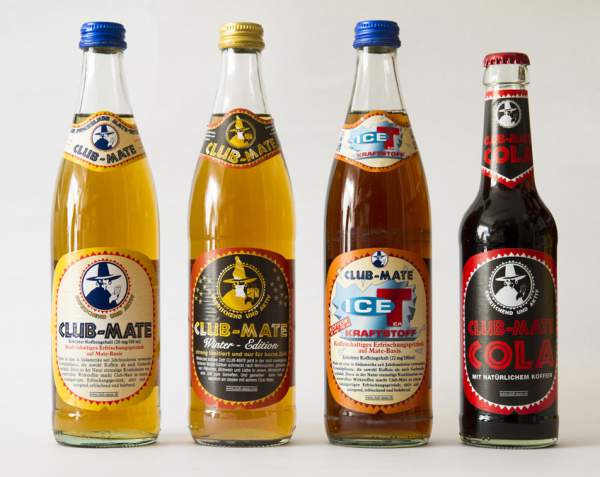 Almost everyone drinks Club Mate in Berlin. Some of the consumers call it a “hipster beverage”. It doesn’t taste very pleasent at the first sip, kind of taste like detergent. But after a few bottles, it starts to taste, and feel, good—really good. This beverage is produced in Germany and arrived to Berlin in the early 90’s, right in the time when the club culture had its blast.

The golden soda has become essential nourishment for anyone in Berlin involved in hacktivism, club culture, dance music, tech—just about everyone in the city under the age of 40. For about a decade, the drink was enjoyed primarily by hackers. Then weekend dance club goers adopted the drink as their fuel of choice for all-night raves.

However, Club Mate is not like Redbull or Coca-Cola. Club-Mate has sworn army of consumers that is expending and growing for years. It’s not a secret that many big companies in their premises always have a fridge full of Club Mate bottles – AlJazeera, SoundCloud, Vice etc. Mate you won’t find on billboards, even in the magazines or gas stations. Brauerei Loscher, a brewery that produces Mate relies on advertising by word of mouth, and this drink delivers to bars that share a similar philosophy, such as alternative bookstores in San Francisco or in our case Culture Centre Grad in Savamala in Belgrade. 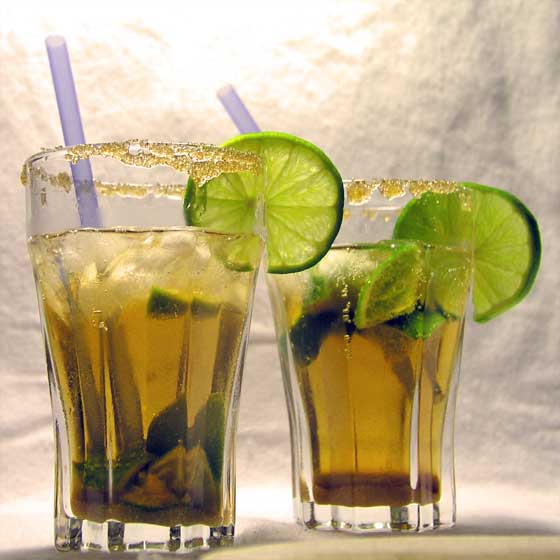 Club-Mate has 20 mg of caffeine per 100 ml. Club-Mate has a relatively low sugar content of 5 g/100 ml, and low calories (20 kcal/100 ml of beverage) compared to other beverages such as Coke or most energy drinks. Also available is Club-Mate IceT Kraftstoff, which is an ice-tea variant with slightly higher caffeine content (22 mg/100 ml) and with more sugar than original Club-Mate.

Read how to prepare Tschunk, a Club Mate cocktail.