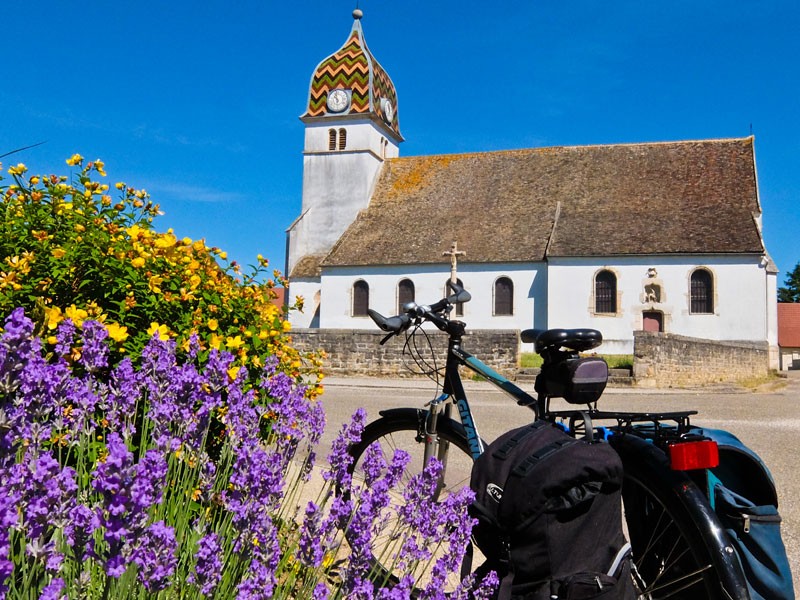 The EuroVelo 6 (EV6) cycling route, which connects the Atlantic Ocean and the Black Sea, was declared the most attractive cycling route in Europe at the ITB (International Tourism Fair in Berlin) last year. This 4,500 km long route is known as the Danube Bicycle Route, considering that it follows the second longest river in Europe in the largest and the most attractive part.

During the last year, between Passau and Vienna, 755,000 cyclists passed the route, a number that speaks of the quality of this attraction. For the sake of comparison, about 10,000 cyclists pass this route in Serbia every year, and at a time when our travels across the border are difficult, cycling tourism represents a great potential for local and small businesses.

In Serbia, the EuroVelo 6 route enters the north of Vojvodina, near Bački Breg, and exits after 667 km until Negotin, in Eastern Serbia. In addition to the EuroVelo 6 route, there are two other international cycling corridors in Vojvodina, EuroVelo 11, and EuroVelo 13. On several occasions, representatives of the European Cycling Federation (ECF) pointed out that the Eurovelo 6 route in Serbia has the best signaling system in Europe, such as the blue signs with the number 6 inside the yellow stars. The Eurovelo 13 route has also been marked, while the signalization for the Eurovelo 11 route in our country is still being prepared.

Starting from Bački Breg, where the Eurovelo 6 route enters Serbia, do not miss the lock in Bezdan- the first facility in Europe where underwater concreting was applied, as well as a part of the memorial complex dedicated to the Battle of Batin. Especially if you are into river fishing, take the opportunity and enjoy the nature of the “Upper Danube” Special Nature Reserve, where you can relax in Čarda Štuka, surrounded by hundred-year-old oaks, cook fish and spend the night in a local accommodation at the most affordable price. From Kupusina you can head towards Apatin or Sombor, where the Long Tour cycling camp is located in the city center. From Kupusina to Apatin, a good, asphalt road awaits you, along which you can spend the night in the Budžak camp or enjoy the Danube beach Vagoni during the day.

A few years ago, a system of bicycle paths was established on the Fruška Gora mountain, among which the most interesting is the tour in the southern slopes, where you can visit all monasteries and lakes within 80 km of an intense mountain bike tour. Considering that this is the territory of the National Park, a lot of beautiful nature awaits you, such as places where the deers feed, birds watch, while monasteries and lakes are natural oases near which you will find a spiritual and a sense of physical peace. Of course, do not miss the unforgettable town of Sremski Karlovci, the city center with many wineries, restaurants, the famous Karlovac High School, the Patriarchal Palace, the Cathedral and the Chapel of Peace which was built in 1699. On the 3.5 kilometers from Sremski Karlovci, there is an Eco-camp where you can pitch a tent, relax or walk on the trails of Fruška Gora.

One of the real treats is the circular route around the Danube which starts from Novi Sad. Head west, via Futog to Begec, from where you can take a ferry to Banoštor. From there you can return to Sremska Kamenica. Turn to Kamenički Park, after which you will reach Petrovaradin fortress and complete the tour.

In addition to the Danube cycling route, Vojvodina is characterized by the possibility of cycling along another important river – the Tisa. This tour starts from the center of Subotica and represents an experience of its kind, where you will enjoy the tradition of the city on flat bike terrain. The city is known for Art Nouveau architecture, due to which Subotica belongs to the European cultural route Art Nouveau. Further, the route will take you around Palić and Ludaški lakes, special nature reserves.

On the way to Titel, the last place on this route, do not miss the view from the tower of the Town Hall in the small town of Senta, the old bridge in Bečej, the Romanesque basilica in Arača, and Taras – where 42 pairs of storks nest.

Next to this popular bicycle route, one can explore Vojvodina on the EuroVelo 13 route that connects Žombolj, Vršac, and Bela Crkva. At the border crossing with Romania, in the town of Zombolj, a Regional Center for Cyclotourism was recently built, which in its complex has a rest area, the possibility for washing clothes, tools for repairing bicycles and information about cycling attractions in the area.

If you continue south, from Stara Palanka you can take the ferry to the other side of the Danube, to the place Ram where the medieval fortress of the same name is located, from where you continue via EuroVelo 6 route, towards Golubac, Lepenski Vir, Donji Milanovac and Kladovo.