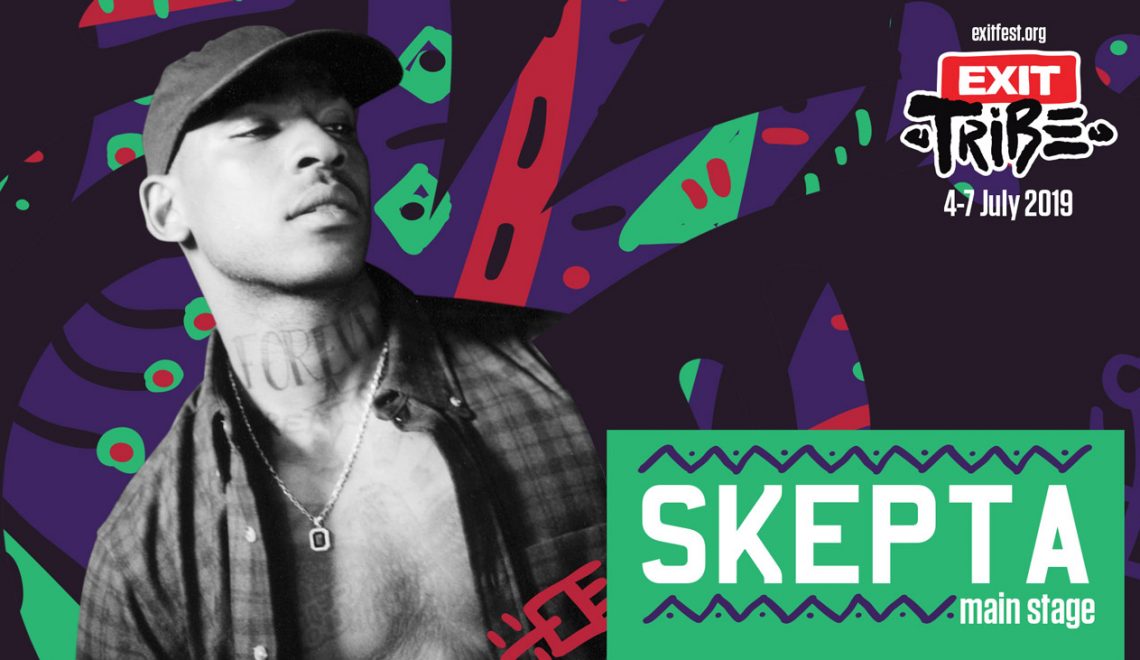 After EXIT announced a string of top-notch guitar bands from all generations ranging from The Cure to Greta Van Fleet and many others coupled with some of the greatest DJs like Carl Cox, Amelie Lens and dozens more, one of the world’s leading festivals known for its musical diversity just added a strong hip-hop gang of 30+ acts! They are led by Skepta, UK’s king of rhymes who is seen as not just the rapper but an activist and the only MC who managed to popularize the London sound in United States! His fans include Mick Jagger, Pharrell Williams, Drake, Naomi Campbell, as well as A$AP Rocky, with whom he released the planetary hit “Praise the Lord”!

The phenomenal IAMDDB is also coming from the British Isles, after being shortlisted by the BBC on their acclaimed Sound of 2019 list, so it’s only natural that her trap-jazz bangers “Shade”, “Drippy” and “Kurr£ncy” are a mainstay on the best hip-hop and R&B parties. In order to keep the Main Stage’s Sunday finale in the spirit of hip-hop, EXIT will host the master of live performances Desiigner, the creator of the decade’s most viral hip-hop song, “Panda”, which reached the tops of the American charts and has over a billion YouTube views to this day! This summer, EXIT will take place at the spectacular 18th century Petrovaradin fortress, from July 4 to 7 and still discounted tickets can be found at exitfest.org.

At a time when the music industry was turning its back on the street phenomenon of “grime”, Skepta became the best-known representative of the style that many call the new punk! It has been more than a decade since Skepta made everyone go nuts with the famous “Rolex Sweep” dance, after which came prestigious awards in the form of Mercury, BRIT, BET, MOBO and NME trophies, as well as the influential GQ list of best-dressed celebs. He was also featured on the cover of the famous mag last year, alongside supermodel Naomi Campbell, while the two were rumored to be in a relationship. Skepta is not afraid to take on burning social and political issues, as well as the hot topic of racism, which is why many refer to him as more than a rapper, but an activist. His rich biography lists colabs with names such as the great Mick Jagger, while Drake went as far as tattooing the initials of Skepta’s record label and collective “Boy Beter Know”. With the help of the megaproducer Pharrell Williams, he published his monumental “Konnichiwa” album three years ago, which consequently went gold in Britain and brought Skepta numerous accolades!

Hip-hop’s influential XXL magazine dubbed Desiigner one of the next big things in its “Freshman Class” list for 2016, and lo and behold, he published his huge hit “Panda” just a few months later, receiving the Billboard award for the best rap song, thus leaving Migos in the dust with “Bad and Boujee”, as well as Rae Sremmurd with his popular “Black Beatles” number! He was noticed by Kanye West who signed him to his record label, G.O.O.D. music, with new record-breaking tracks following, such as “Timmy Turner” and “Liife”, where he was joined by the trap legend Gucci Mane. Recently, he sent his fans in a frenzy thanks to brand-new singles “Soul” and “Earned It”!

Proof that Manchester is not just a city of Brit-pop comes in the form of a young artist dubbed IAMDDB, short for I Am Diana Debrito, who calls herself a “lovechild of trap and jazz”. This fearless lady found herself at the third place of the BBC “Sound of 2018” list, while her name was also listed on the acclaimed Forbes’ “30 under 30 Europe 2019” list.

This year, just as the name suggests, all genres will be thrown in the mix on the Addiko Fusion stage, including hip-hop, thanks to the announced arrival of the Balkans’ rap queen Sajsi MC and the beloved rap-trio Bad Copy! This “hip-hop festival within a festival” will carry on to Cockta Beats, the new hotspot for all hip-hop fans which will only feature performers of this genre! The mind-blowing line-up is currently lead by the biggest regional rap stars, Vojko V and Krešo Bengalka, popular regional bands Atlas Erotika, Bekfleš, Buntai, Hazze, High5, I.N.D.I.G.O, Krankšvester and 30Zona, as well as new talents, such as Klinac and Elon, whose star-studded career is more than guaranteed. The gang at the fortress will further gather the most popular DJ collectives and mix masters, such as Vatra, Cake Boys, FAM, Irie Scratch & Shorty P, Bajko Felix, DJ Laki & DJ Rokam, Palace, Traples, Luka Brasi, PLYZ, New Wave, In Da Klub, Trepaj il krepaj, Vaske, Yung Rosh, Zimski and Lil Yung.!

EXIT tickets are available at exitfest.org, and for those who wish to bundle them with accomodation and local transfer, there are also packages starting at €135. Default accommodation is the festival camp located on the city beach, while hotels can be booked through EXIT’s official tourist agency at exittrip.org.