Grupa MEČ: a Retrospective from 1975 to 1990 at Legacy Čolaković 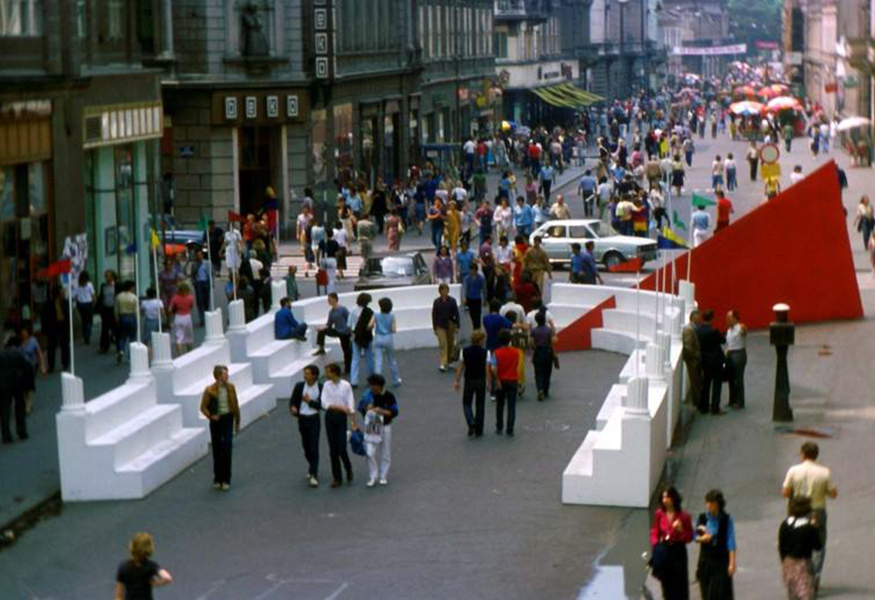 The curator of the exhibition is Biljana Tomić.

The exhibition Grupa MEČ: a Retrospective from 1975 to 1990 arose out of detailed research into the cultural heritage of alternative, theoretical, performative and strategic positions in the architecture of the 1970s and 1980s and provides an opportunity to perceive the historical role and ideas as well as affirming this important phenomenon in the field of architecture and culture in general. 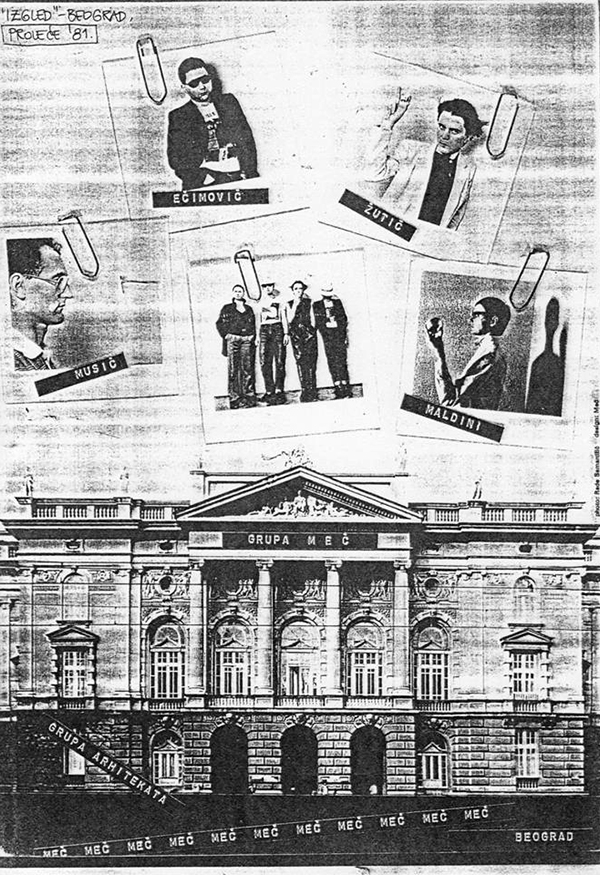 Thirty seven years have gone by since the opening of the exhibition Urbana kuća (Urban house) in the gallery of the Student Cultural Centre (SCC) in December 1981 when the architecture of the New movement of Grupa MEČ was officially announced: whose members were Marjan Čehovin, Dejan Ećimović, Slobodan Maldini, Mustafa Musić and Stevan Žutić. Also, forty three years have passed since Charles Jencks first coined the expression ‘postmodern architecture’.  That time of the 1980s is noted for the appearance of the New Wave and the ascendancy of the New architecture through the intensive communication of a series of Yugoslavian and international meetings, between Belgrade-Zagreb-Ljubljana.

The architects from Grupa MEČ began their research during the 1970s with radicalized attitudes and anticipating new architectural phenomena in the time of the opening up of and significant changes in all cultural fields. Their first presentations were a series of exhibitions, the first from Marjan Čehovin and Mustafa Musić called Alternativna arhitektura (Alternative architecture) in the gallery of SCC in 1975, then of Dejan Ećimović with the presentation Primarna arhitektura (Primary architecture) again in the gallery of SCC in 1979 and the project of Slobodan Maldini Misaoni prostori ili prilog grafičkom istraživanju estetike prostora (Meditative spaces or the contribution of graphic design in the research of the aesthetic of space)  in the gallery of SCC in 1980. During these years they exhibited, individually and collectively, at Eksperiment 7. (Experiment 7) In the Museum of Applied Arts (MPU) in 1975,  Solarna arhitektura (Solar architecture) at the Salon of the Musuem of Contemporary Art (MSU) in 1980, Jugoslovenski trijenale ekologije-umetnosti (the Yugoslav triennial of ecology-art) in the Rotovž Exhibition Salon in Maribor in 1980, Sedmi salon arhitekture (the Seventh Salon of architecture) at MPU in 1980, Arhitektura zemlje (Land architecture) at the Salon of MSU in 1981, Vertikalna umetnost (Vertical art) at the Belgrade Cultural Centre in 1981, Terra 2 in Wroclaw in Poland, at the Venice Biennale, in Paris… 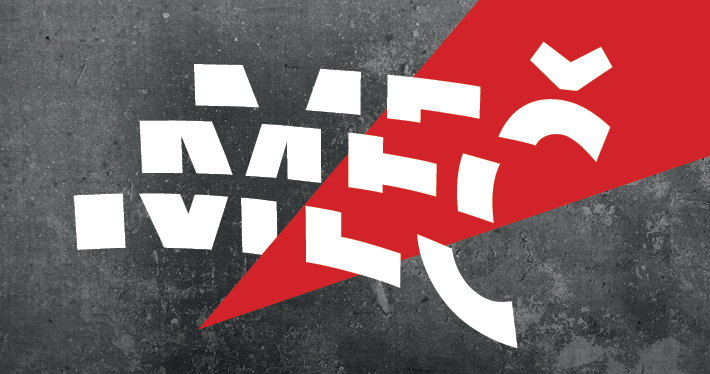 The group was founded on 1st January 1980 at the home of Mustafa Musić and numbered three members. Čehovin came up with the name of the group according to the first letters of their names, Musić, Ećimović, Čehovin – MEČ. They were then joined by Maldini and Žutić. Officially, the first presentation of Grupa MEČ was the exhibition Urbana kuća in 1981. The full list of members of Grupu MEČ in alphabetical order is: Marjan Čehovin, Dejan Ećimović, Slobodan Maldini, Mustafa Musić i Stevan Žutić.

The exhibition Urbana kuća was held in 1981 in the gallery of SCC on the authors’ initiative, then in the Studio Gallery of contemporary art in Zagreb at the invitiation of Marjan Susovski and the Zagreb Architects Society, and went onto the Škuc Gallery in Ljubljana at the invitation of Marina Gržinić and the Architects’ Society of Ljubljana.

The further activities of Grupa MEČ were developed within individual arrangements of its members: Ećimović, Maldini, Žutić and Čehovin or Musić, Maldini, Žutić with Professor Bogdanović for the exhibition Tri generacije beogradskih graditelja (Odnos prema nasleđu) (Three generations of Belgrade architects – the relation to the heritage), dedicated to Aleksandar Deroko. This exhibition was held in 1984 in the exhibition salon of the JNA (Yugoslav People’s Army), in the Art gallery in Kruševac and in the space Sintum in Karađorđeva street in Belgrade.

The exhibition Grupa MEČ: a Retrospective from 1975 to 1990 is accompanied by a publication from the Museum of Contemporary Art which gives a theoretical review of the time in which Grupa MEČ emerged, the group’s historical relations and also a review of the 1980s.

Alternative architectureGrupa MEČ: a Retrospective from 1975 to 1990Milica Zorić i Rodoljub Čolaković Gallery-Legacy
by Dragana Kostica
Leave a comment