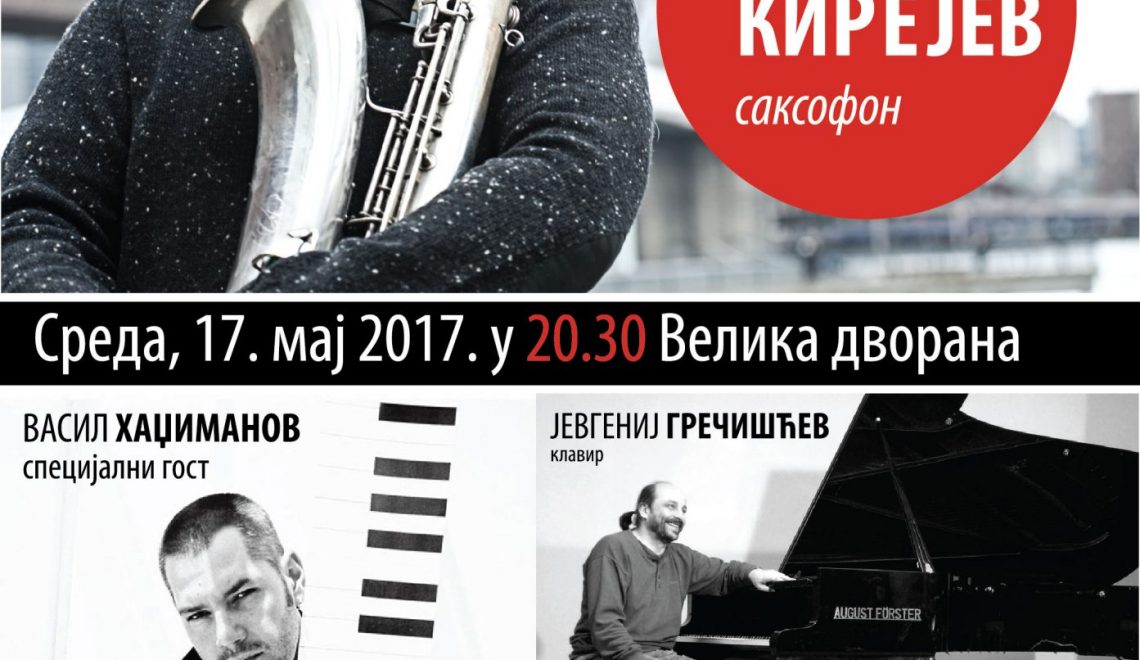 Oleg Kireyev  a  prominent Russian jazz musician will perform at grand hall of Kolarac Fundation on the 17th of May at 8:30 pm. Special guests will be musicians Vasil Hadzimanov and  Jevgenij Greciscev. Tickets can be purchased at the door for the price of 500 RSD.

Oleg Kireyev – the first musician in Russia to practice ethnic jazz incorporating Bashkirian folk instruments and guttural singing techniques – is one of the few all-round jazz players on contemporary Russian stage. He is equally interested in mainstream and modal jazz as well as in fusion and root music. However, he seems to have long-standing relationships with his motherland’s melos: Kireyev was born in Bashkiria, the place near the European/Asian border, and considers himself grown out of a mixture of two cultures, Russian and Bashkir. Being at once influenced by the powerful heritage of bebop and traditional jazz, combined with African rhythms, Latin jazz music and Asian and Moldavian free jazz music, Oleg developed his own unique style paradigm.

Howard Mandel (president of the Jazz Journalists Association), says Oleg is “born to blow” in a dervish-like manner while “swinging genuinely hard”; the Express Star (UK) marks Oleg’s playing as “hard swing and high excitement”; the British Evening Mail calls Kireyev a “revolutionary Russian reedman’, who “is establishing a reputation as an entertaining and skilled musician”.

Kireyev’s career as a musician spans decades. In 1985, as world music was gaining in popularity, Oleg formed a band called “Orlan” which became a fantastic success in Russia, a revolutionary music phenomenon for the then-Soviet audience. Soon after Kireyev spent three years in Poland and took part in the Jazz Jamboree in Warsaw and played with members of the Miles Davis rhythm section. Almost every night he performed in the best jazz clubs with Poland’s high caliber jazz musicians. At the same time he was artistic director of a jazz club in Krakow.

Poland, although an Eastern Bloc country back in the early 1990s, was famous for its wide array of high-caliber jazz performances and it was there that Kireyev was first noticed by international jazz aficionados. A scholarship to the Bud Shank jazz saxophonist school (1994) pulled him into the international jazz scene, where he is now one of the most well known musicians. After receiving a special award for outstanding performance at the Montreux Jazz Festival in Switzerland (1996) he began to garner worldwide respect at jazz festivals and jazz clubs.