In 2003,UK label Jalapeno Records released the project’s initial 12″s. Interest from Annie Nightingale and Pete Tong led to airplay and the recording of a DJ guest mix for BBC Radio 1. Several remixes for UK artists such as Mark Rae and dj tours across the US and Australia followed.

Their debut album Boogie Angst, was released in the UK 2006. It featured several artists, including U-Gene and Dez (who wrote and sung the single ‘Keep Me Home’). Benelux and Japan and a band is set up to be able to play live alongside the DJ sets. Throughout 2006 and 2007, their shows took them to festivals such as the Pinkpop, Sziget, SXSW, Miami’s Winter Music Conference, Bonnaroo, Coachella, the Australian Good Vibrations Festival, and on a first small club tour in the US, during which they opened for Faithless a number of times. Supported by Jason Bentley of KCRW the album was re-released in the US by Quango Music, and various tracks found their way into television series such as Grey’s Anatomy, Men in Trees and What About Brian?

The Remix Sessions was released in early 2007. It includes previously released material remixed by artists including Jamiroquai, Sarah Bettens and Kruder & Dorfmeister. It also includes a remix of the Skeewiff cover version of ‘Man Of Constant Sorrow’ (as made famous by the O Brother, Where Art Thou? film by the Coen brothers). Since then Junkie XL, Sam Sparro, and others have also been re-rubbed.

In 2008, their second artist album was released, Plastic People, whose title track was written by featured UK artist Bobby Nio and Mark Brydon of electro band Moloko. The first single off that album, Squeeze Me, featuring UK singer Ben Westbeech, was a minor hit, with a #6 position in the Dutch pop charts and receiving lots of rotation worldwide. The video by Dutch director Andre Maat, with its ‘flip book’ theme won support from US celebrity blogger Perez Hilton and rap artist / producer Kanye West and picked up various awards. In the US, the album and single were released by Ultra Records and BBC Radio 1 DJ Annie Mac asked Kraak & Smaak to record a minimix.

Dance magazine IDJ describes Kraak & Smaak as a “Must see live band”, alongside names such as the Chemical Brothers, Moby and The Prodigy. Building on that qualification, during 2008 Kraak & Smaak played the Glastonbury Festival, Bestival, Bloom, Lovebox Festival, the Big Chill festival and club shows at The Cargo and The End in the UK, the Rothbury Music Festival in the US, Lowlands in the Netherlands and again the Sziget festival. During their US live tour at the end of 2008, they performed live onJimmy Kimmel Live! on ABC television. In 2009 and 2010 new US DJ and live tours follow, playing shows nation-wide in clubs and on festivals such as the Ultra Music Festival, Rothbury, Coachella, Detroit Movement, Wakarusa, and so forth.

In January 2009, the project won the EU sponsored European Border Breakers Award (EBBA), alongside acts such as The Ting Tings and Adele.The award was presented at the Eurosonic festival in Groningen (city), during a television show hosted by Jools Holland. 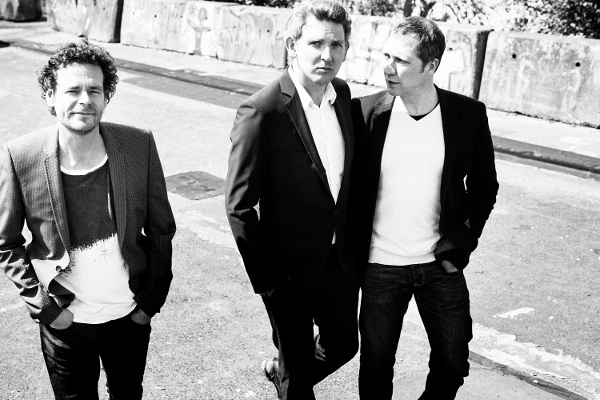