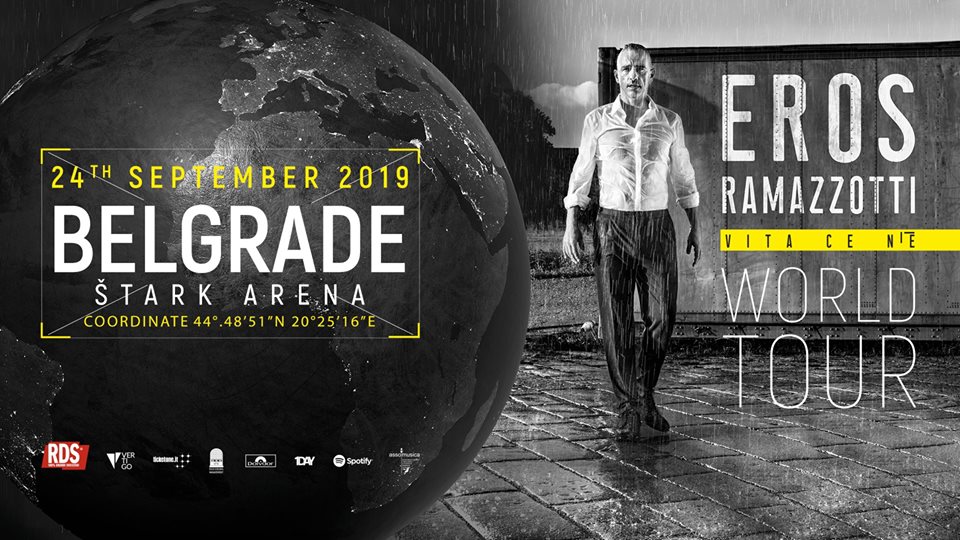 Our Still in Belgrade monthly guide is bound to take you to the best parties, festivals, events and the finest crowds in town. Let’s see what’s going on this August and September in Belgrade.

When El Mono dies, his three longtime friends try to recover from the loss and want to secure his little girl’s future. But for Fernando, Mauricio and El Ruso this will not be easy. They decide to recover a big investment El Mono had made when he had bought a soccer player who was supposed to become a star.

Crew from Rekonstrukcija festival will cook for everybody.

Jungle travel agency in cooperation with Embassy of the Republic of Indonesia – Belgrade will showcase the latest edition of Indonesian market at Kalemegdan fortress, in trench next to Military Museum.

Eat Indonesian food, buy interesting products and listen to music! Exotics in the heart of Belgrade!

Belgrade’s favorite electronic music festival has revealed new artists and exciting new location in the Port of Belgrade near Danube river for its fifth edition.

Envisioned as the crowning of the summer festival season in the region, Apgrade is setting the bar one step higher by adding a fourth, closing day to its program, along with a second stage curated by Belgrade’s notorious Drugstore club. In addition, Red Light Radio is to throw a special daytime party and broadcast at the industrial complex of Port of Belgrade.

After four editions in the iconic and historic ambience of the Belgrade Fortress, the upcoming Apgrade festival is taking place in production-wise challenging and visually impressive area of the Port of Belgrade. Step ∆p with us.

BITEF FESTIVAL 2019@ALL OVER BELGRADE

This year the 53rd Bitef will be held from the 17th until the 26th of September. During ten days of the festival audience will have the opportunity to watch cutting-edge productions from France, Germany, Belgium, Croatia, Serbia, Slovenia, Nigeria and Brazil.

Ivan Medenica, the art director of BITEF stated: At the conference last year I was touched by the words of journalist Vukica Strugar who asked “Should  theater give us  some comfort and hope in these hideous times we live in?” That emotion and that question stuck in my mind and I began to think how could BITEF help society, yet without resorting to some naive optimism. The slogan does sound optimistic this year  (Beti Djordjević’s pop song) Let’s Start Love from the Beginning, will be inspiration point of this year’s festival – different forms of theater with an aim to  revive humanistic values which ought to govern every society.

Medenica pointed out also that the type of contemporary theatre which constructs this alternative form of the community in a very obvious manner is the one based on a greater participation of spectators, the removal of the naturalistic fourth wall between the social reality of the audience and the fictional reality of the stage and interaction and cooperation between the performers and the spectators.

Today the most topical form of this interactive theater is usually defined as “immersive theater”. This novel community, based on participation, acquiescence and cooperation within a performance situation is the ultimate outcome of the main programme of the 53rd BITEF. It is realized in the production of Invited by choreographer Seppe Baeyens and the well-known Belgian company Ultima vez from Brussels which will close the 53rd BITEF, Medenica said.

The 53rd BITEF will open with Orestes in Mosul by Milo Rau, one of the greatest directors of the present time. In addition to Belgrade theaters, the main programme will take place also in alternative venues adapted for the 53rd BITEF.

The Museum of Contemporary Art, Belgrade

Conceived in close collaboration with the artist herself, the exhibition The Cleaner is the first major European retrospective of Marina Abramović. The exhibition made its debut in 2017 at the Moderna Museet (Stockholm, Sweden), and has subsequently traveled to the Louisiana Museum of Modern Art (Humlebæk, Denmark), Henie Onstad Kunstsenter (Oslo, Norway), Bundeskunsthalle (Bonn, Germany), Fondazione Palazzo Strozzi (Florence, Italy) and the Centre of Contemporary Art “Znaki Czasu” (Toruń, Poland).

The Belgrade exhibition is the last stop on this tour, and it holds unique significance as it represents the artist’s return to her place of birth, where her career began, and where she last had a solo exhibition in 1975, at the Salon of the Museum of Contemporary Art.

The exhibition chronologically reviews all of the phases of the artist’s multifaceted fifty-year long career. This begins with her early paintings (1960-1969) and conceptual works (1970-1972), followed by her solo performances (1973-1975) and works created with former professional and personal partner Ulay (1976-1988), a period in which she gained international acclaim.

Finally, the artist’s solo career from 1991 to 2017, marks her establishment as one of the greatest artists of today. The exhibition showcases over 120 artworks, including paintings, drawings, objects, photographs, audio works, video installations, films, scenography, re-performances and archival materials. Among the works exhibited are anthological works of performance art (Rhythms, 1973-1974; Lips of Thomas, 1975; Relatonal works, 1976-1977; Nightsea Crossing, 1982-1986), as well as representative works from Abramović’s recent body of work (Balkan Baroque, 1997; The Artist is Present, 2010).

The live segment of the exhibition is presented through the re-performances of Marina Abramović’s historical performances, which will be performed daily by local and international performers. In addition, the exhibition will include works that call for the active participation of the audience.

As part of the exhibition, Marina Abramović will hold a public lecture, and a Master Class for young artists.

The accompanying programme of  The Cleaner includes film screenings, lectures about performance art and guided tours through the exhibition.

Marina Abramović (Belgrade, 1946) is one of the greatest performing artists and is the only representative of the 1970s generation of radical performers that is still active in the field of performance art. Throughout her career, Abramović has constantly challenged the boundaries of performance art, experimenting with different forms and genres like body art, relational performance, long-durational performance, autobiographical performance, participatory performance and re-performance. Her performances have relentlessly tested the limits of the body’s physical and psychological endurance, social stereotypes and taboos, cultural and gender identity, all while producing a strong affective impact on audiences. These performances are complex structures of meaning, formed on the intertwining between the literal and the symbolic, the material and the spiritual, the physical and the mental, the intimate and the public, the repetitive and the changing, the actual and the virtual.

For Abramović, performance art is the art of transformation that develops through the exchange of energy between the performer and the audience. It is the art of “cleaning” that has the capacity to fundamentally change how one experiences the self, others and of the collective, as well as how one relates to life itself. The artist’s oeuvre indicates a constant search for methods and techniques that release the energy of humans, objects and actions.

The exhibition is locally organized by the Museum of Contemporary Art, Belgrade

The exhibition is produced by Moderna Museet, Stockholm, in collaboration with Louisiana Museum of Modern Art, Humlebæk and Bundeskunsthalle, Bonn

B Matinée with No Borders Orchestra@Drugstore

No Borders Orchestra is on the road again! Building on a successful tour of the Balkans during summer 2018 the No Borders Orchestra string ensemble, accompanied by percussions and electronica, follow up in summer 2019 with another international tour around the Western Balkans and Europe called “B Matinee”.

The 2019 B Matinee tour also commemorates thirty years of the Fall of the Berlin Wall and celebrates the tearing down of walls between classical and clubbing music.

By communicating with contemporary techno sound, our composers cross genres, surmounting the borders between different styles of music. The result is a new and fresh sound that has no limits

Concert will be held at Stark Arena, on the 24th of September. Eros is on his world tour titled “Vita Ce N’e World Tour”.  Italian singer has a big fan base in Serbia.

Tickets can be purchased online via tickets.rs