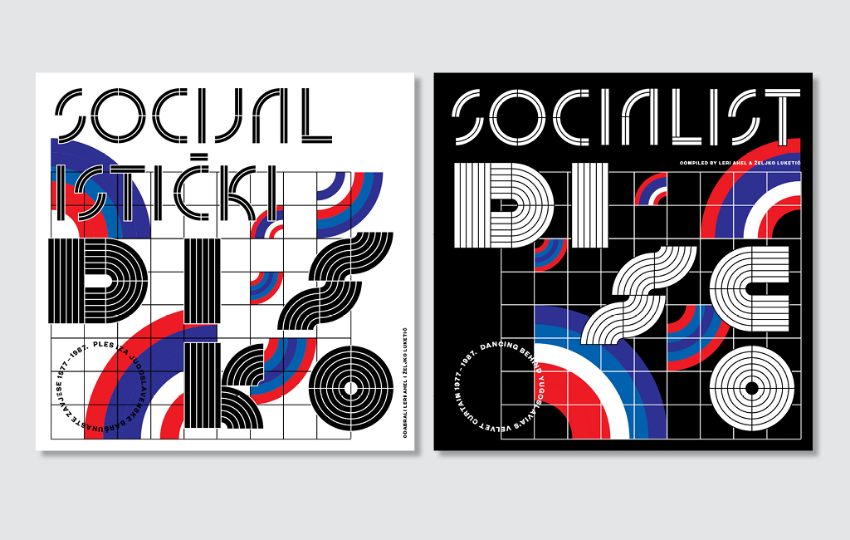 Was there a disco sound in ex-Yugoslavia? The beat, the bass, the big strings and outrageous outfits? Until this release, first of its kind to chart the unknown Non-Aligned disco territory, the American and European influenced dance tunes of the Saturday Night Fever era belonged only to most curious of the DJ’s and vinyl collectors.

18 tracks were chosen for the first instalment of the series that will put the completely different light on the movement that suffered the same destiny as Disco Demolition Night in America aggressively closed all doors to anything connected to the genre itself. In Yugoslavia it blended into dance pop and Italo Disco, but kept its peculiarity in the erotic innuendo of lyrics, inclusiveness on the dance-floor while loosening up the strict social rules of growing nightlife. This compilation features pin-up models and Miss Yugoslavia 1982 Ana Sasso trying to boogie, the famous soccer player Ivica Surjak doing strange excursions into music inferno and teen-stars skipping classes for USSR tours. On the more serious side, disco was also interesting to popular singers and musicians already selling hundreds of thousands of records and big orchestras and ensembles run by celebrated composers like Alfi Kabiljo, Arsen Dedic and Nikica Kalogjera. Curators and the owners of the Fox & His Friends label Ahel and Luketic also included some unexpected cover versions of Kim Wilde, Righeira and, not to be missed, Yugoslavian take on Gloria Gaynor’s queer-disco classic ‘I Will Survive’.

Full tracks and short info about every artist available on Youtube: