5 Serbian Street Artists You Should Know About 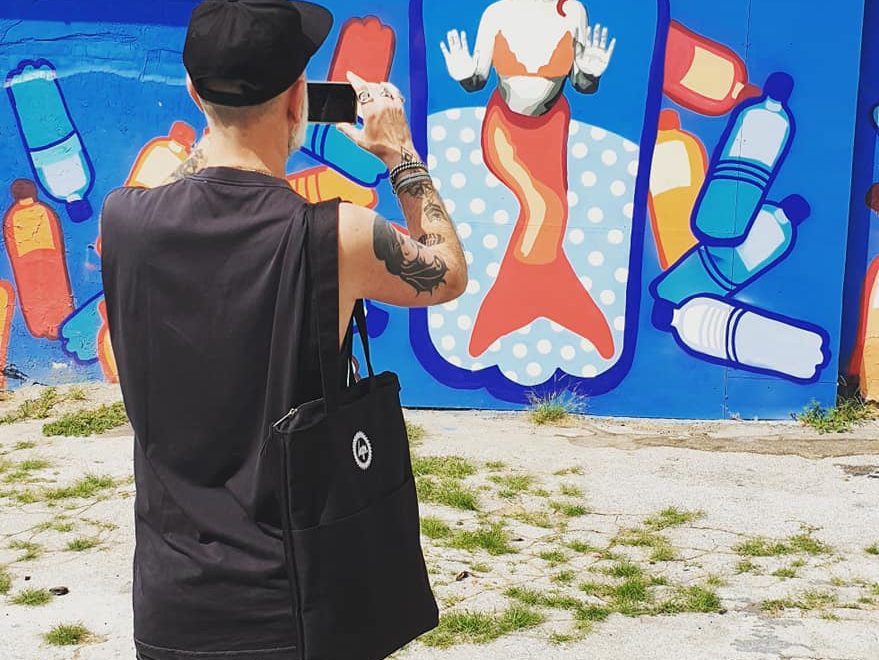 If you decide to spend some time exploring Belgrade, soon enough you’ll start noticing something wonderfully rebellious occurring in the city. It may be a side look at a concealed wall painting on the building, or a stencil on industrial piping. Wherever you look, if you look closely, you’ll see that locals have renewed their post-socialist architecture and given the entire city an infusion of art and color. And guess what, they have been doing that since the 80s demonstrating exactly how the renaissance of gray facades keeps running in Europe’s bohemian capital.

Facades of Dorcol, Vracar and Savamala are covered in stencils, paste-ups and murals – TKV’s artworks. This genuine female street artist often depicts women from history, cinematography and arts in her recognizable pop art manner. Her works are also an invitation for locals to reclaim the public space.

She claims she has no intentions of conveying any specific messages, but some of her iconography is connected with subjects of importance to her; for example, the role of women in society.

Artez is one of the leading Serbian muralists. His artworks mix photo-realism and illustration with an amazing ability to incorporate vibrant colors. You can recognize his style very easily, since it focuses on connection between humans and nature.

The backgrounds of Artez’s murals are often covered with leaves. His series of murals titled “Find your way to fly” are rapidly spreading around the globe.

Another great street artist and muralist from Belgrade is Andrej Josifovski aka Pijanista (Eng. Pianist). He is the founder of Runaway street art festival in Belgrade’s Bezanijska Kosa and Lower Dorcol neighborhoods. Andrej’s vision is to create an open air museum, an “urban district” in Bezanijska Kosa neighborhood and to invite different local and foreign artists to leave their mark on the facades of Belgrade.

He often mocks pop culture in Serbia and worldwide, but also depicts people from Serbian culture that he finds important and well-respected.

Another interesting female street artist duo is Kriska. A street art aficionado with an eye for details will find their artworks around Belgrade’s Upper Dorcol neighborhood and, if they get lucky, around Savamala, since the most of them have vanished over time. Their artworks are colorful, witty and charming and they usually send simple but effective messages.

JOBAH is a graphic designer based in Belgrade who has been present on Belgrade’s streets over 10 years. His artworks reflect his own “trademark character” and represent reactions to some ongoing problems. His last mural was created during Rekonstrukcija Street Art Festival in Belgrade’s neighborhood Dorcol.

If you wish to book a Street art tour with workshop go here. Also, you can explore Belgrade’s street art scene on our Hipster and Creative tour.

If you wish to purchase a book go here.