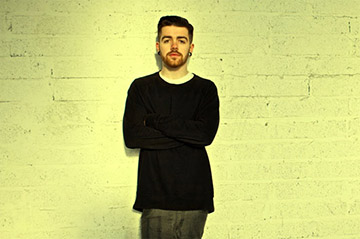 In the year 2257, Planet Earth was invaded by an energy seeking race of aliens known as the Pulsovians, sparking a galactic war that lasted over two years. Sadly, the Pulsovian technology was much more advanced than that of the humans and Earth was lost. The Pulsovians drained the energy from the sun, turning it into a Pulsar. Earth died soon after, leaving the humans no choice but to flee into outer space to find a new home.

For over 75 years the last remnants of mankind lived aboard their escape vessels. It wasn’t until the year 2334 that a man named Max Tiraquon discovered a distant planet in Mikrosector-50 of the deep space grid that was suitable for human habitation.

Shortly after the discovery of Mikrosector-50, Max Tiraquon founded the Tiraquon Security Council as the first government of mankind’s new home. A man known as Mr. 8040 was made the Deputy Space Dimension Controller of the council.

By day, Mr. 8040 and Max Tiraquon defend the boundaries of the security barrier from astro bandits and rebels who seek to destroy the barrier and free the citizens of Mikrosector-50.

By night, Mr. 8040 lives a secret life… Travelling outside the barrier into deep space where no radar can detect him, Mr. 8040 creates music using ancient earth technologies alone in his Electropod.

When ready he ventures deeper into space to uncharted colonies where music is accepted. He plays in illegal night clubs on distant moons and alien proto-spheres. When asked to describe his music, Mr. 8040 doesn’t really have much to say. The only way to describe it is…
GALACTIC FUNK.