Art Exhibitions You Must See While in Belgrade in April 2021 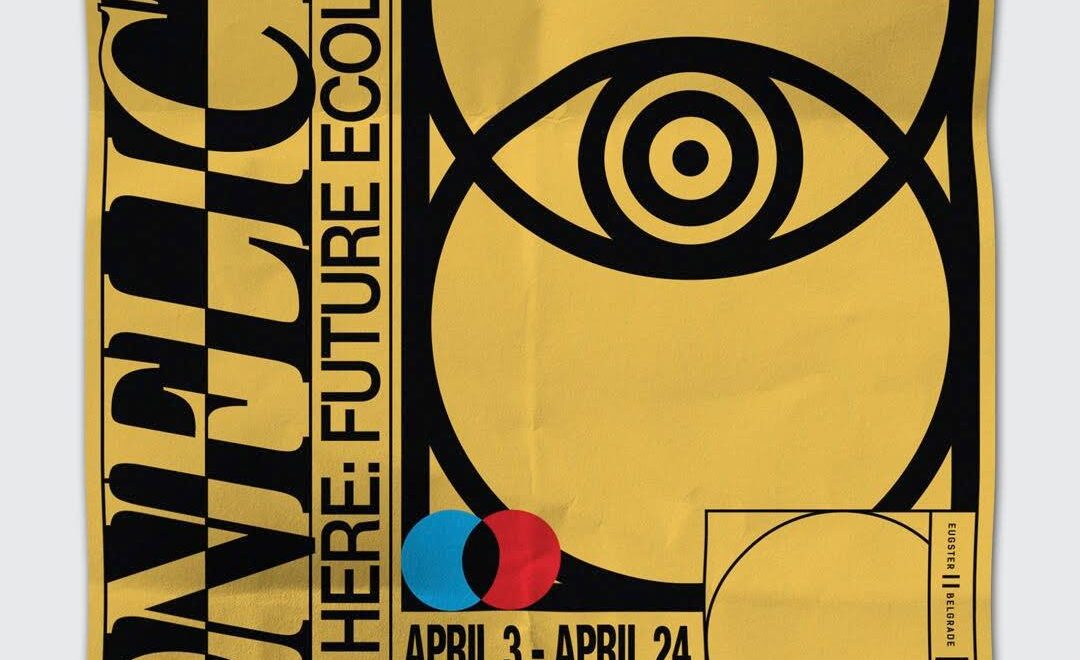 Regardless of the COVID-19 pandemic, Belgrade is hosting several interesting art events in 2021. We have announced the October Salon art exhibition, as well as BINA 2021 and MIKSER 2021, and now we are announcing another two must-visit exhibitions that are happening this April in Belgrade!

The solo exhibition of the artist Nikola Mihajlović “Transmutation” will last until April 30. In this exhibition, the author will present his paintings inspired by meta-spaces, overlooked dimensions where energies and sentiments take on the contours of architectural forms. The works were created in 2020 when Mihajlović created in the studio of the Balkan Cinema. The working hours of the Balkan Cinema are from 10 am to 8 pm.

About the works that will be presented at the exhibition, street art artist and architect Nikola Mihajlović said: “Architectural thinking and approach to certain issues have left a strong influence on my work, which can be seen through the use of universal mathematical relations, geometry, lines … On the other hand, the influence of spontaneous and untamed energy of nature and emotion is felt. It can be said that the relationship between these contrasts is the main path I take in my work. “

According to Ksenija Samardzija, curator of the exhibition and director of the Sasa Marceta Foundation, Transmutation is the name of the exhibition that follows the creation of works in the last year and some of which are currently being created in the Balkan Cinema, in a kind of improvised atelier of a historic building.

Future Ecologies – WE ARE HERE: Artists’ Moving Images
Developed and supported by British Council and LUX

–FB EVENT
Conflicts is a multi-platform project responding to the broader context of FUTURE ECOLOGIES, a programme from WE ARE HERE: Artists’ Moving Image.

It examines collateral consequences of conflicts and how they affect not just the parties involved, but also the world that surrounds them. It does so by drawing analogies between realities and fiction, real events and speculative elements found in media, popular culture, films, books, folktales. As a cumulative research venture, the project is dedicated to a future Belgrade, which would then be in discordance with its deeply rooted nostalgia. Through conversations, visual artworks, sounds, stories and atmospheres, the exhibition traces the silhouette of a possible future.

The project consists of an exhibition taking place at Eugster || Belgrade and Drugstore (Belgrade), a series of live online events and a series of podcasts called Projects are prophecies, prophecies are projects.

Live events accompany the exhibition and they involve the screening of The Witch’s Cauldron by Branislav Jankić, a series of audiobook-style stories, interviews with some of the participating artists and a music programme moderated by Miloš Zec. The exhibition will be accompanied by an audio guide.

Visual design is made by Stefan Unković
and audio design by Žarko Komar.

The project is curated by Natalija Paunić.

–
Conflicts are part of the Future Ecologies project – WE ARE HERE: Artists’ Moving Images developed and supported by the British Council and LUX. The British Council builds connections, understanding, and trust between people in the UK and other countries through arts and culture, education, and the English language.