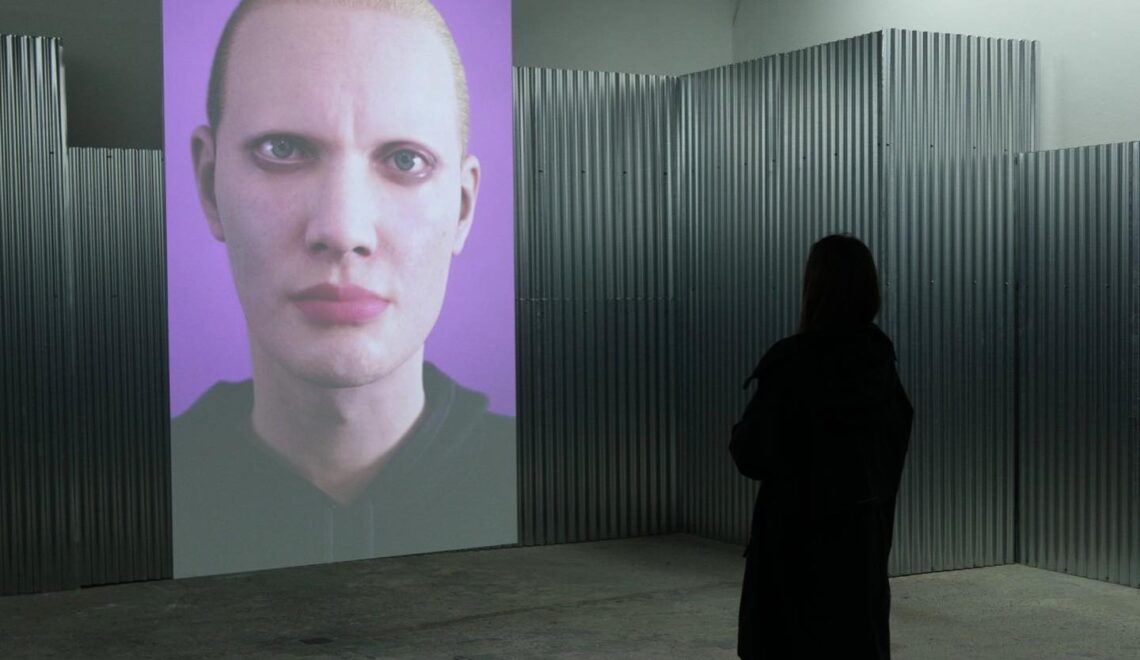 In this pocket-sized guide, we recommend the top 3 art exhibitions to attend this week while in Belgrade.

LOVELESSNESS is an immersive installation conceived by the artist duo:mentalKLINIK, presented so as to transform the space of the gallery into a sterile, yet sensory-pleasing limbo. The duality of this approach — the cold and the cozy — continues the series of semantic and visual oxymorons that:mentalKLINIK is known for. Unlike their previous Belgrade show title that combines an adjective with a seemingly incompatible noun (CATASTROPHICALLY GORGEOUS), this exhibition opens with a single coined word that is meant to indicate the contradiction in and of itself. A state of total lack of love seems like it should not last at all, however, the -ness suffix turns loveless into a mood that is here to stay.

This installation invites us to enter a sonic bath that will trigger an autonomous sensory meridian response (colloquially known as ASMR). The space, made of wavy steel sheets, becomes an echo chamber — which, in this case, embodies the metaphorical notion of the term as well, as echo chamber stands for environments in which we are only able to hear and see things from the spectrum of our own beliefs. The sounds are designed to provoke an immediate physical response, as the barely intelligible voice says “Hey, it’s me”, followed by an occasional “perfect, relax, ok” (HEY IT’S ME). This first utterance could be listed as the most basic, even primitive mode of being for a human, the one we resort to when everything else is brought into question: there must, at least, be some certainty that we are, what we are. The retreat to our safe mental spaces, affirmations, and sounds of reassurance comes naturally after years of global shocks, social unrest, and the painful division of the world that portrays a collective trauma. The fragility of our beings is what takes the biggest hit, the consequences of which are yet to be felt. Or, to quote Martin Luther King: “Our generation will have to repent not only for the words and actions of the children of darkness but also for the fears and apathy of the children of light”.

A MAZE in GRAFICKI KOLEKTIV

In the gallery Grafički kolektiv, on Thursday, November 16 at 7 p.m., a unique exhibition of the Berlin festival A MAZE. opens, with ten “arthouse” video games by authors from the Netherlands, Germany, South Africa, France, Denmark, Canada, and the USA. The exhibition is part of the Playing Narratives program and will be open until November 25.

A MAZE. / Berlin is an international festival that focuses on artistic games, game culture, and playful media. Visitors to the festival each year in Berlin experience inspiring talks and workshops, including live music and performances, as well as an interactive exhibition of contemporary media. The festival soon has its own virtual space available, and A MAZE is also awarded every year. The 12th edition of the festival is scheduled for 10-13 May 2023 in Berlin. A MAZE / Berlin presents and celebrates the new wave of arthouse games and virtual reality and all playful media culture outside the mainstream.

The first solo exhibition of Emma Bednarž’s photographs entitled “Sit with everything” will be opened, as part of this year’s Vizualizator Photography Festival, on Friday, November 18 from 7 p.m. in the Belgrade Gallery “Nikola Radošević”.