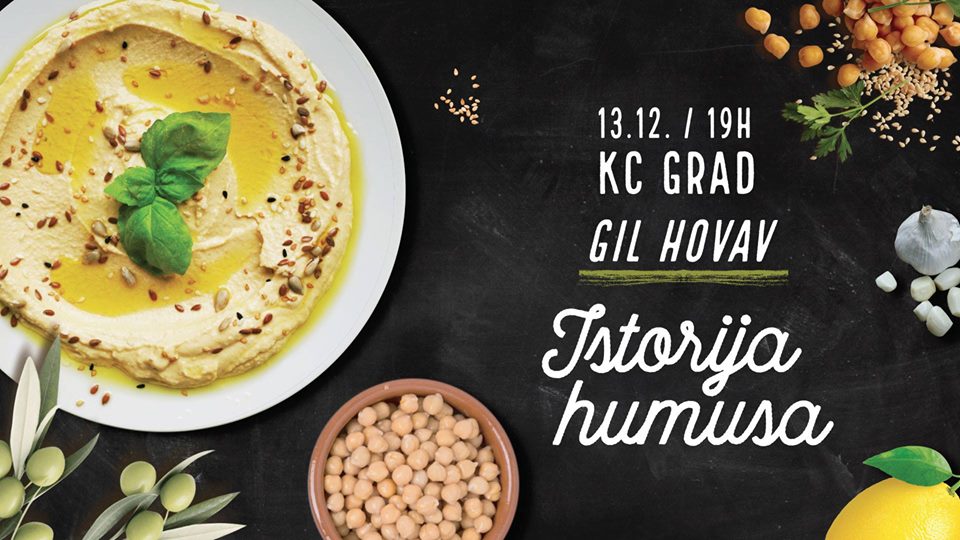 This will be the unique opportunity to experience the history of this Middle East delight with all your senses. Through mini culinary time machine you will get to know more about the roots of this delicious chickpeas dip while also tasting the humus prepared by Gil Hovav personally.

Gil Hovav (1962), Israel’s leading culinary journalist and television personality, comes from one of the most respected lineages in the Jewish world. Gil himself, with his illustrious career in journalism, publishing, television and as an author, has played a major role in the revival of Israeli cuisine and the change Israel has undergone in recent years, from a country of basic traditional foods into a “gourmet nation”.

Gil began his career as a restaurant critic at the age of 24, moved on to become an editor in Israel’s leading newspaper, and was involved in the creation, as producer and presenter, in some of Israel’s most viewed and loved television cooking and food shows.

As an author, Gil has published three best-selling novels, all related in different ways, to his family’s colorful history, exposing with humor and emotion a Jerusalem of his childhood that no longer exists. The fourth, titled ‘Twenty Four Doors’, was published in April 2015 and hit the top of the national bestseller list.

Nowadays, Gil is busy with his publishing and production company – Toad Communications and with his weekly radio show about restaurants in Israel. His latest 20 episode tv series, ‘Food for Thought’ included 20 interviews with Nobel laureates, including John Nash, Elie Wiesel, Daniel Kahneman, Eric Kandel and many others.